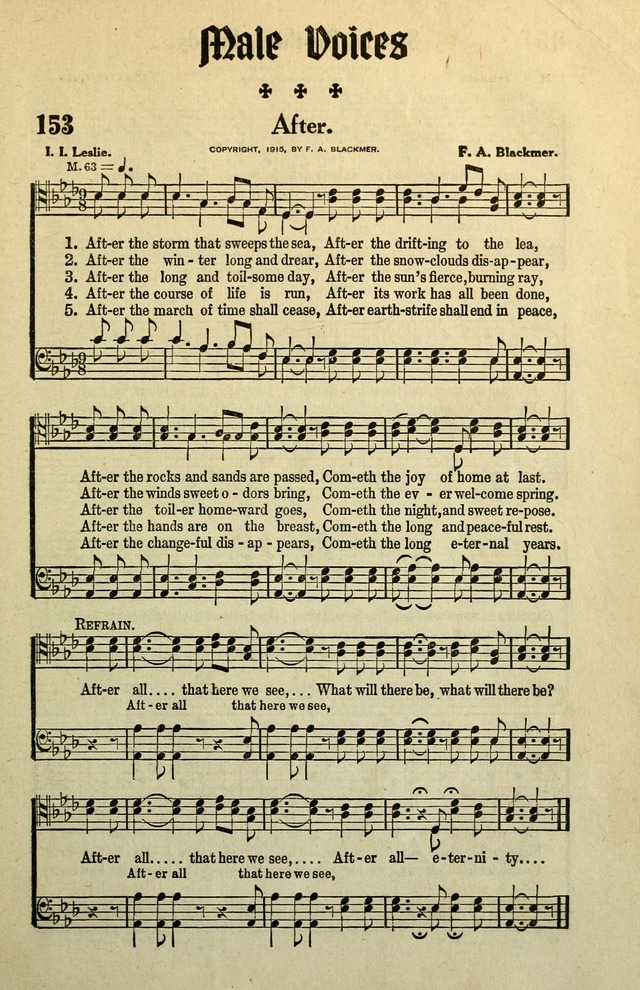 1 After the storm that sweeps the sea,
After the drifting to the lea,
After the rocks and sands are passed,
Cometh the joy of home at last.


3 After the long and toilsome day,
After the sun's fierce burning ray,
After the toiler homeward goes,
Cometh the night and sweet repose. [Refrain]


4 After the course of life is run,
After it's work has all been done,
After the hands are on the breast,
Cometh the long and peaceful rest. [Refrain]


5 After the march of time shall cease,
After earth-strife shall end in peace,
After the changeful disappears,
Cometh the long eternal years. [Refrain]