1 For the beauty of the earth,
for the glory of the skies,
for the love which from our birth
over and around us lies,


Refrain:
Christ, our Lord, to you we raise
this, our hymn of grateful praise.


2 For the wonder of each hour
of the day and of the night,
hill and vale and tree and flower,
sun and moon and stars of light, [Refrain]


3 For the joy of ear and eye,
for the heart and mind’s delight,
for the mystic harmony
linking sense to sound and sight: [Refrain]


4 For the joy of human love,
brother, sister, parent, child,
friends on earth, and friends above,
for all gentle thoughts and mild, [Refrain]


5 For yourself, best gift divine,
to the world so freely given,
agent of God’s grand design:
peace on earth and joy in heaven. [Refrain]

In this song, we lift our praise for the gifts from God’s creative hand—of the earth, the skies, landscape, time, health, relationships, and, best of all, his Son. Stirring preparation for singing this comes from those confessions which speak of God’s creation of all things, such as Our World Belongs to God, paragraphs 7-12; Belgic Confession, Article 12; and Heidelberg Catechism, Lord’s Day 9, Question and Answer 26.

A Prayer of Acclamation
For the beauty of the earth,
for the glories of the skies,
for the love which from our birth
over and around us lies,
Christ our Lord to you we raise,
this, our hymn of grateful praise. Amen.
— Cornelius Plantinga, Jr.
The following is a guide for extemporaneous prayers. The pattern provides a suggested text
for the opening and closing of each part of the prayer and calls for extemporaneous prayers of
thanksgiving, petition, and intercession.
Creator God,
we praise you for creating a world filled with beauty and variety.
We thank you for revealing yourself
through the beauty of a flower and the power of a storm.
Today we particularly marvel at the beauty of . . .
for your work in the world, especially . . .
for evidence of your presence in the church and local community . . .
for creating humanity in your image and
for our task as caretakers of this world and all it contains.
Yet we come before you, acknowledging that
we have failed in our task as stewards of this world.
Along with creation we look forward to the new creation.
As we wait, we pray that we may be greater imagebearers of you,
as evidenced in
our care of creation, especially . . .
our work toward peace and reconciliation in our world,
especially . . .
our government and all who lead . . .
the church worldwide and particularly the work of . . .
the ministry of this church as we . . .
in our love and care for persons who have particular needs,
especially . . .
We offer these prayers in the name of our creating God,
Father, Son, and Holy Spirit,
who with all creation we worship now and through eternity. Amen.
— Worship Sourcebook Edition Two
Father in heaven, we give you thanks for life
and for all of the experiences that life brings us.
We give you thanks for joy, hope, peace, and answered prayers,
but we also give you thanks in our trials, sorrows, and pain.
We give thanks for our land,
for the beauty of the landscape,
for the riches it provides for our living,
for the people and cultures among us.
Above all things, we give thanks for our hope in Christ,
the life and freedom that will ultimately be ours.
Teach us to cherish all your gifts.
Teach us also to use all these resources
for the good of society and for glory to you.
Through Jesus Christ, our Lord. Amen.
— Worship Sourcebook Edition Two
Loving God:
Thank you for our eyes.
Teach us to see your world
and each other as you do;
give us eyes of compassion
and love for each other and for your world.
Thank you for our ears.
Make us quick to listen to what you are saying to us,
and also quick to listen to each other.
Thank you for our minds.
Help us to develop the mind of Christ;
we ask for your wisdom as we make decisions.
Thank you for our voices.
May we always speak the truth in love
and sing your praises with joy. Amen.
— Worship Sourcebook Edition Two
19

The eight stanza text, which had as its original refrain "Christ, our God, to thee we raise this, our sacrifice of praise," was intended to be a hymn for the Lord's Supper. Entitled 'The Sacrifice of Praise" (Heb. 13:15), the text was published in Orby Shipley's Lyra Eucharistica (1864). The altered refrain (also found in other modern hymnals), turns what once was a eucharistic text into a general thanksgiving text.
An early form of the tune DIX was composed by Conrad Kocher. The popularity of William Monk’s revision of Conrad Kocher’s melody for use in Hymns Ancient and Modern led to the use of DIX for Pierpont’s text.DIX is a simple bar form tune (AAB) with a wavelike contour in each of its three lines. Sing in three long lines rather than six short ones in order to reflect the longer phrases of the text. Sing stanzas 1-4 in unison or in harmony. In stanza 5 add the descant from Sydney H. Nicholson's Royal School of Church Music collection Music for Boys’ Voices (1944).
— Bert Polman

In the spring of 1863, Folliott S. Pierpont (b. Bath, Somerset, England, 1835; d. Newport, Monmouthshire, England, 1917) sat on a hilltop outside his native city of Bath, England, admiring the country view and the winding Avon River. Inspired by the view to think about God's gifts in creation and in the church, Pierpont wrote this text. Pierpont was educated at Queen's College, Cambridge, England, and periodically taught classics at Somersetshire College. But because he had received an inheritance, he did not need a regular teaching position and could afford the leisure of personal study and writing. His three volumes of poetry were collected in 1878; he contributed hymns to The Hymnal Noted (1852) and Lyra Eucharistica (1864). "For the Beauty of the Earth" is the only Pierpont hymn still sung today.
— Bert Polman

Trained as a teacher, Conrad Kocher (b. Ditzingen, Wurttemberg, Germany, 1786; d. Stuttgart, Germany, 1872) moved to St. Petersburg, Russia, to work as a tutor at the age of seventeen. But his love for the music of Haydn and Mozart impelled him to a career in music. He moved back to Germany in 1811, settled in Stuttgart, and remained there for most of his life. The prestigious Cotta music firm published some of his early compositions and sent him to study music in Italy, where he came under the influence of Palestrina's music. In 1821 Kocher founded the School for Sacred Song in Stuttgart, which popularized four-part singing in the churches of that region. He was organist and choir director at the Striftsckirche in Stuttgart from 1827 to 1865. Kocher wrote a treatise on church music, Die Tonkunst in der Kirche (1823), collected a large number of chorales in Zions Harfe (1855), and composed an oratorio, two operas, and some sonatas. William H. Monk created the current form of DIX by revising and shortening Conrad Kocher's chorale melody for “Treuer Heiland, wir sind hir,” found in Kocher's Stimmen aus den Reiche Gottes (1838).
William H. Monk, (b. Brompton, London, England, 1823; d. London, 1889) who adapted Kocher’s tune, is best known for his music editing of Hymns Ancient and Modern (1861, 1868; 1875, and 1889 editions). He also adapted music from plainsong and added accompaniments for Introits for Use Throughout the Year, a book issued with that famous hymnal. Beginning in his teenage years, Monk held a number of musical positions. He became choirmaster at King's College in London in 1847 and was organist and choirmaster at St. Matthias, Stoke Newington, from 1852 to 1889, where he was influenced by the Oxford Movement. At St. Matthias, Monk also began daily choral services with the choir leading the congregation in music chosen according to the church year, including psalms chanted to plainsong. He composed over fifty hymn tunes and edited The Scottish Hymnal (1872 edition) and Wordsworth's Hymns for the Holy Year (1862) as well as the periodical Parish Choir (1840-1851).
Sydney H. Nicholson, (b. St. Marylebone, London, England, 1875; d. Ashford, Kent, England, 1947) who wrote the descant, was an organist and church music educator who greatly influenced English hymnody. Educated at Oxford's New College, the Royal College of Music in London, and in Frankfurt, Germany, he became organist at several famous cathedrals, including Westminster Abbey (1919-1928). Nicholson founded and administered the School of English Church Music at Chislehurst in 1927; this important institution, with branches throughout the English-speaking world, was renamed the Royal School of Church Music in 1945. Located in Canterbury after World War II, its headquarters were moved to Addington Palace, Croydon, in 1954. Nicholson was music adviser for the 1916 Supplement of Hymns Ancient and Modern and prepared the way for its 1950 edition. He wrote Church Music: a Practical Handbook (1920) and Quires and Places Where They Sing (1932) and composed operettas, anthems, and hymn tunes. In 1938 he was knighted for his contributions to church music.
— Bert Polman 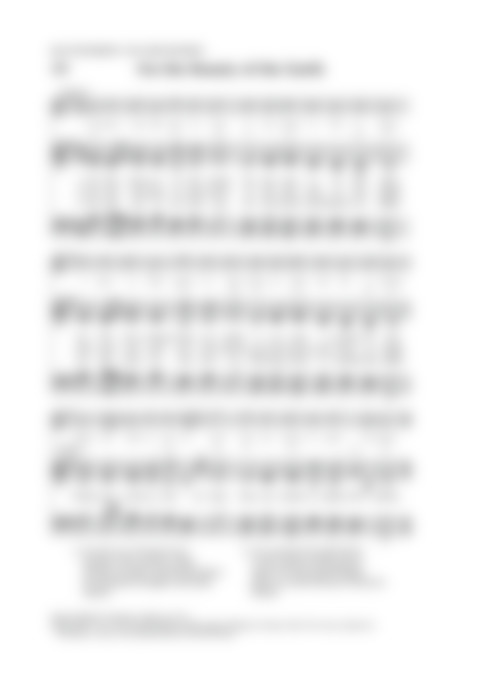