Only when God’s children know that “…he watches over me in such a way that not a hair can fall from my head without the will of my father in heaven; in fact, all things must work together for my salvation” (Heidelberg Catechism, Lord’s Day 1, Question and Answer 1) can they sing “sleep in peace…” for they know that “…God’s love shall never cease” (stanza 2).

Optional prayer for times of natural disaster
Loving God,
in the middle of all our grief and confusion,
shelter and protect us.
We long for your help: [specify unique needs]
Teach us to take refuge in the shadow of your sheltering wings.
By your Holy Spirit,
open our lips that we may, even now,
testify to your love and faithfulness. Amen.
— Lift Up Your Hearts (http://www.liftupyourheartshymnal.org)
God of love and faithfulness,
help your people to be loving, especially to those who are least loved,
and inspire your people to be faithful, especially in the most challenging times,
that with our lives as well as our voices we will sing your praise and show your glory. Amen.
— Psalms for All Seasons (http://www.psalmsforallseasons.org)
355

Initially studying mathematics and physics at Dulwich College, Michael A. Perry (b. Beckenham, Kent, England, 1942; d. Tonbridge, Kent, England, 1996) was headed for a career in the sciences. However, after one year of study in physics at the University of London, he transferred to Oak Hill College to study theology. He also studied at Ridley Hall, Cambridge, and received a M.Phil. from the University of Southhampton in 1973. Ordained a priest in the Church of England in 1966, Perry served the parish of St. Helen's in Liverpool as a youth worker and evangelist. From 1972 to 1981 he was the vicar of Bitterne in Southhampton and from 1981 to 1989, rector of Eversley in Hampshire and chaplain at the Police Staff College. He then became vicar of Tonbridge in Kent, where he remained until his death from a brain tumor in 1996. Perry published widely in the areas of Bible study and worship. He edited Jubilate publications such as Hymns far Today's Church (1982), Carols far Today (1986), Come Rejoice! (1989), and Psalms for Today (1990). Composer of the musical drama Coming Home (1987), he also wrote more than two hundred hymns and Bible versifications.
— Bert Polman

Larry Visser began piano studies at a very early age and later began organ study at the age of thirteen. Formal training in musical studies took place at Calvin College in Grand Rapids, Michigan, where he earned the Bachelor of Arts degree in music history, theory and composition. While at Calvin, he studied organ with Dr. John Hamersma and composition with Dr. John Worst. Upon graduation he was awarded the highest honor given by the Calvin College Music Department, the Anna Bruinsma Music Award. He pursued graduate studies at the University of Michigan School of Music where he holds the Master of Music degree in organ and church music and the Doctor of Musical Arts degree in organ performance. His organ training was under the tutelage of Dr. James Kibbie. While at Michigan, Larry also studied harpsichord and held a graduate student teaching assistantship in music theory.
In 1994, Larry was one of four finalists at the world's most prestigious organ competition, the Grand Prix de Chartres.
A church musician since the age of fifteen, Larry has held various church positions throughout the state in Jenison, Chelsea, Plymouth, and is currently Minister of Music and Organist at LaGrave Avenue Christian Reformed Church in downtown Grand Rapids, a position he has occupied since the summer of 1999. He has given regular recitals at LaGrave and has also administered a professional compact disc recording by the various musical ensembles of the church.
He is a member of the American Guild of Organists, has served on the board of the Grand Rapids Chapter of AGO and is also a member of the Hymn Society in North America and Canada.
Active as a composer of organ and choral music, Larry's compositions are published with GIA Publications and Wayne Leupold Editions, Inc. He is represented in many volumes of Wayne Leupold's new teaching method, Discover the Organ. Recent composition projects have included five Organ Demonstrators, multi-movement pieces based on a Biblical story with narration that demonstrate the various families of organ tone to children.
Larry has toured several times with the Calvin College Capella throughout the United States and abroad. The Capella has recorded two compact disc recordings on which Larry serves as organ accompanist.
— Grand Rapids American Guild of Organists (http://www.grago.org/conv2005/people/larry_visser.shtml) 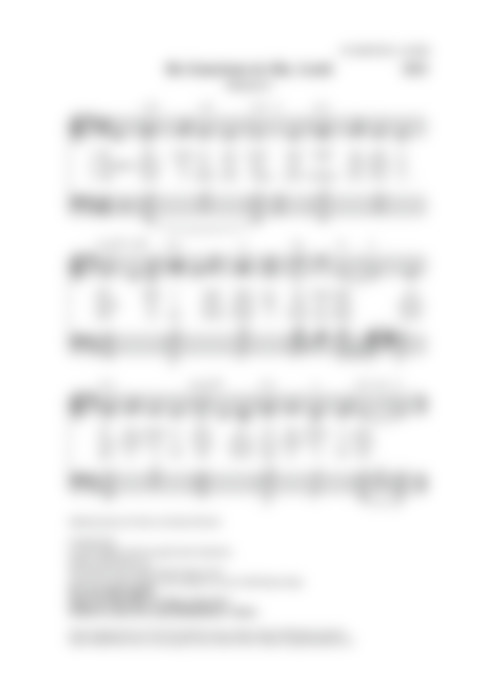