God’s children are not called to come before God’s throne with a list of accomplishments, or merits or goodness; they are called, says Our World Belongs to God, paragraph 26, to come with the humility that “…offers nothing but our need for mercy.” Such a cry for mercy comes from our “dying-away of the old self” (Heidelberg Catechism, Lord’s Day 33, Question and Answer 88) which expresses that we are “genuinely sorry for our sin and more and more…hate and run away from it” (Heidelberg Catechism, Lord’s Day 33, Question and Answer 89).

A Prayer for Mercy
Gracious God, it’s always the same sins. We have sinned the same way over and over, losing our temper, forgetting your grace, silencing our conscience. Like every addict, we have a habit. But you, gracious God, are our higher power, and we need your power this very day, this very hour. Lord, have mercy; Christ, have mercy; Lord, have mercy upon us. Amen.
— Cornelius Plantinga, Jr.
639

The song was popularized in 2003 by Michael W. Smith and Amy Grant when it was released on Smith’s recording Worship Again (see sidebar below for the full lyrics as they appear on Smith’s CD). The recorded version features vocals by Smith and Grant set to an accompaniment of piano, classical guitar, and string quartet, along with various hand percussion instruments.
One possible rendering for congregational worship is to follow the example on the recording and allow soloists or lead worshipers to sing the song in its entirety, and by their example to guide the congregation into a moment of personal confession. Another possibility is to have a lead worshiper sing the verses and then to include the voice of the congregation on the refrain, “Lord, have mercy.” The simple three-part harmonization included here has been lowered from the original key of A-flat to F to make it more readily singable for congregational singers.
I have also used the song as part of Compline (or end-of-the-day) prayer services during the opening moment of confession. In that capacity, the song can simply be stripped down to its chorus. I will often introduce the song by playing the melody against the bass, two octaves apart. The simplicity and starkness of this contrast offers a picture of the contrast between our behavior and the holiness of God. The song can then be rendered in Taizé-like style, singing more slowly with multiple repetitions. Sprinkling in a verse where congregants hum or using a solo instrument to allow additional time for worshipers’ reflection and meditation are also possibilities.
At our church’s Maundy Thursday service, we used this song during the opening portion of worship as we made our confession and received God’s forgiveness.
(from Reformed Worship, Issue 98)
— Gregg DeMey
639

Before the Berlin Wall came down, Steve Merkel spent time in Poland ministering with Catholic believers. It was a season that opened his heart to the beauty of liturgy and the richness of our shared faith. When he returned home, he often led worship at his local charismatic church on Sundays and at Catholic services during the week. Along the way, it became clear to Steve that both streams needed the other. So while working on a liturgical worship album for Integrity Music in the late 90's, Steve was inspired to write a "Kyrie for the Common Man."
“I dropped the bucket down into the well of my life and truly documented the things for which I needed the mercy of the Lord," says Steve. "'Lord Have Mercy' became the musical setting formed from the prayers that came up from that well.”
Hogansan Media
— Laura de Jong 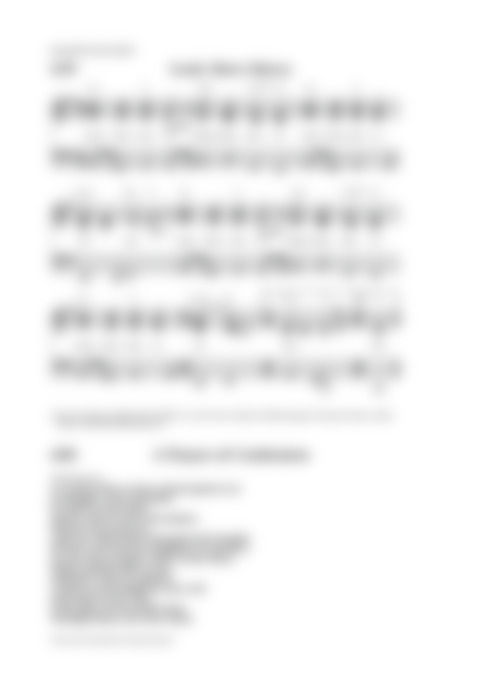