The proof of God’s amazing love is this:
While we were sinners, Christ died for us.
Because we have faith in him,
we dare to approach God with confidence,
trusting that God will forgive our sin
and cleanse us from every kind of wrong.
Let us confess our sins to almighty God.
—based on Romans 5:8; Hebrews 4:16; 1 John 1:8
[BCW, p 52[2],alt.,PD]
— Worship Sourcebook Edition Two

A Prayer of Praise for God’s Grace
O God, wondrous in love for sinners, we give you thanks for saving grace. You do not hold against us our treacheries and neglects, but let them drop. You do not hold against us our conceit and indifference, but let them go. Forgiveness is your gift to us. Even our faith is your gift. We have been saved by grace through faith—and all this is your gift. Surely there is none like you, through Jesus Christ. Amen.
— Cornelius Plantinga, Jr.
675

This Scripture song of texts by the Apostle Paul was set to the tune of the old Gospel song
“Oh, How I Love Jesus.”  That was the first song Rusty Edwards learned at Bible School as a small child.  He wrote, “I still appreciate the words: Jesus is the initiator of our relationship.”  His new text on the theme of the grace first appeared with that tune in his book As Sunshine to a Garden (Augsburg Fortress 1999).   He has contributed to some twenty other books including those on evangelism, inner-city church life, and prayer and poetry collections.
— Emily Brink

Frederick Whitfield, B.A., son of H.Whitfield was born at Threapwood, Shropshire, Jan. 7th 1829, and educated at Trinity College, Dublin, where he took his B.A. in 1859. On being ordained, he was successively curate of Otley, vicar of Kirby Ravensworth, senior curate of Greenwich, and vicar of St. John's Bexley. In 1875 he was preferred to St. Mary's, Hastings. Mr. Whitfield's works in prose and verse number upwards of thirty, including Spiritual Unfolding from the Word of Life; Voices from the Valley Testifying of Jesus; The Word Unveiled; Gleanings from Scripture, etc. Several of his hymns appeared in his Sacred Poems and Prose, 1861, Second Series 1864, The Casket and Quiet Hours in the Sanctuary. The hymn by which he is most widely known is "I need Thee, precious Jesus".
— John Julian Dictionary of Hymnology
Rusty Edwards was born on January 22, 1955, in Dixon, Illinois, and ordained in 1985.
He was Assistant/Associate Pastor of Trinity Lutheran Church, Moline, Illinois from 1985 to 1991. He was Senior Pastor of Gloria Dei Lutheran Church, Rockford, Illinois from 1991-1998, during which time he co-founded Luther Academy at Gloria Dei (LCMS-ELCA K-6 School.) He has been Senior Pastor of Christ Lutheran Church from 1998 to the present. He was Volunteer Manager of the 2003 ELCA Youth Gathering at Atlanta.
He received an M. Div. from Luther Seminary at St. Paul, Minn., in 1985, and a D. Min. from Graduate Theological Foundation at Notre Dame, Ind., in 1990. He also holds certificates from Blackstone School of Law at Dallas,Texas, Seminary of the Southwest at Austin, Texas, and Pecos Benedictine School of Spiritual Direction in New Mexico. He was an Oxford Foundation Fellow (U.K.) in 1998, and Visiting Fellow of Seminary of the Southwest in 2004.
Edwards' hymn collections are: The Yes of the Heart with a foreword by Chick Corea, Grateful Praise (Selah), As Sunshine to a Garden, Each Breath Every Heartbeat, andBidden Unbidden.
He has 15 ASCAP Awards, 2 RAMI Awards (with The Pitneys), and recorded a Grammy nominated CD with The Atlanta Symphony Orchestra, under the direction of Robert Shaw.
He is a Kentucky Colonel and an Honorary Citizen of Austin, Texas. Tyler Texas held a "Rusty Edwards Hymnwriter Day" in 2009.
He and his wife Lori and the parents of Benjamin and Ian.
— Selah Publishing Co. (http://www.selahpub.com/)

Sean Ivory is the conductor of the Grand Rapids Symphony Youth Chorus. Along with being a choral conductor, he is a pianist and composer. Since 1992, Mr. Ivory has been a vocal music instructor at Forest Hills Central High School. He has served as an accompanist and conductor for St. Cecilia Music Center, the North American Choral Company, and Calvin College. Mr. Ivory attended Northwestern University, Calvin College and Michigan State University.  His choirs have performed at both state and regional conventions for the American Choral Directors Association, and have toured Ireland, the Netherlands, Finland, Estonia, and Ghana.  Mr. Ivory has arranged and composed several published works (in collaboration with Chicago composer Paul Caldwell) including Go Where I Send Thee, Ani Ma'Amin, John the Revelator, and Ain't No Grave Can Hold My Body Down. Hope for Resolution: A Song for Mandela and DeKlerk continues to be a staple of choirs all over the world, and was recently recorded on the CD/DVD A St. Olaf Christmas in Norway.  His music is published by Earthsongs, GIA and Alliance. Mr. Ivory lives in Grand Rapids.
— Grand Rapids Symphony (http://grsymphony.org/about/conductors/youth-chorus-conductor/sean-ivory) 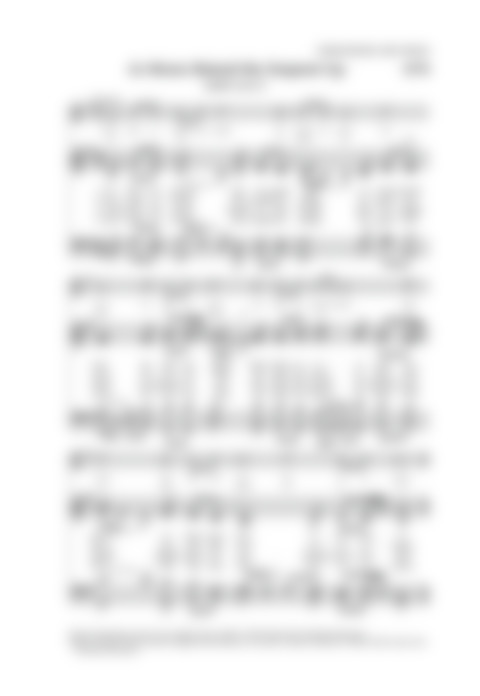