The text begins with a recognition of Christ's ultimate sacrifice on the cross and then points to the continuing needs of the homeless, the hungry, the prisoners, and the mourners. Bayly's words remind us of modern refugees, AIDS patients, and famine victims who are as close as our doorstep or who are brought to our attention via the news media. The final two stanzas encourage us to move from Sunday worship to weekday service; such integrity in the Christian life is truly a liturgy of sacrifice, pleasing to God.

May we be thankful for the great gifts we have been offered.
May we respond to the grace we have been given
with grace-filled gestures to those we meet this day and this week.
May we know that our sin does not condemn us
but that our Savior’s sacrifice has set us free.
May we who have encountered Christ
now be Christlike to those we encounter,
feeding the hungry, clothing the naked, visiting the prisoners.
And may the great love of our glorious God
equip us and feed us and enable us
in all that we do to love and serve in his holy name.
Amen.
[The Worship Sourcebook]
— Worship Sourcebook Edition Two

Albert F. Bayly wrote this text in response to a Hymn Society of America search for new hymns on social welfare. It was chosen as the theme hymn for the Second National Conference on the Churches and Social Welfare held in Cleveland, Ohio, October 23-27, 1961. The Hymn Society published the text in Seven New Social Welfare Hymns (1961).
The text begins with recognition of Christ's ultimate sacrifice on the cross and then points to the continuing needs of the homeless, the hungry, the prisoners, and the mourners. Bayly's words remind us of modern refugees, AIDS patients, and famine victims who are as close as our doorstep or who are brought to our attention via the news media. The final two stanzas encourage us to move from Sunday worship to weekday service; such integrity in the Christian life is truly a liturgy of sacrifice, pleasing to God.
PLEADING SAVIOR is a pentatonic folk melody that was included in The Christian Lyre, compiled by Joshua Leavitt  in New York in 1830. The tune's title comes from the John Leland text "Now the Savior Stands A-pleading," to which it was set in that collection. The harmonization by Ralph Vaughan Williams was first prepared for use in The English Hymnal (1906).
There are various options for singing this fine tune: sing in parts or in unison, or try one of the stanzas in canon, at two measures, unaccompanied. Observe one pulse per bar.
— Bert Polman

Alfred F. Bayly (b. Bexhill-on-Sea, Sussex, England, 1901; d. Chichester, England, 1984) studied briefly at the Royal Dockyard School at Portsmouth to prepare himself for the shipbuilding industry. However, in 1925 he began studying for the ministry at Mansfield College, Oxford. He became a Congregationalist minister and served seven churches. Bayly wrote missionary pageants and numerous hymns, many of which used more contemporary language and concepts than had been customary in previous hymn writing. Because of the publication of his collection Again I Say Rejoice (1967), Bayly is often acknowledged as the pioneer of the revival of British hymn writing in the 1960s and 70s. His hymns were published in four collections: Rejoice, 0 People (1951), Again I Say Rejoice (1967), Rejoice Always (1971), and Rejoice in God (1978).
— Bert Polman

After receiving a degree in law from Yale University, Joshua Leavitt (b. Heath, MA, 1794; d. New York, NY, 1873) worked as a teacher and lawyer. He returned to Yale to study for the ministry and in 1825 was ordained in the Congregational Church in Stratford, Connecticut. In 1830 he began publishing The Evangelist, a weekly newspaper that printed many articles on antislavery, temperance, and religious revivals. That same year he edited and co-published The Christian Lyre, a popular shape-note tunebook.
— Bert Polman
Through his composing, conducting, collecting, editing, and teaching, Ralph Vaughan Williams (b. Down Ampney, Gloucestershire, England, October 12, 1872; d. Westminster, London, England, August 26, 1958) became the chief figure in the realm of English music and church music in the first half of the twentieth century. His education included instruction at the Royal College of Music in London and Trinity College, Cambridge, as well as additional studies in Berlin and Paris. During World War I he served in the army medical corps in France. Vaughan Williams taught music at the Royal College of Music (1920-1940), conducted the Bach Choir in London (1920-1927), and directed the Leith Hill Music Festival in Dorking (1905-1953). A major influence in his life was the English folk song. A knowledgeable collector of folk songs, he was also a member of the Folksong Society and a supporter of the English Folk Dance Society. Vaughan Williams wrote various articles and books, including National Music (1935), and composed numerous arrange­ments of folk songs; many of his compositions show the impact of folk rhythms and melodic modes. His original compositions cover nearly all musical genres, from orchestral symphonies and concertos to choral works, from songs to operas, and from chamber music to music for films. Vaughan Williams's church music includes anthems; choral-orchestral works, such as Magnificat (1932), Dona Nobis Pacem (1936), and Hodie (1953); and hymn tune settings for organ. But most important to the history of hymnody, he was music editor of the most influential British hymnal at the beginning of the twentieth century, The English Hymnal (1906), and coeditor (with Martin Shaw) of Songs of Praise (1925, 1931) and the Oxford Book of Carols (1928).
— Bert Polman 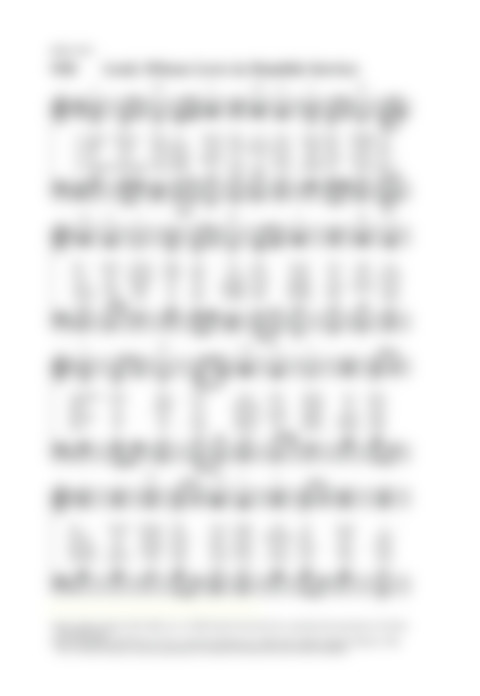