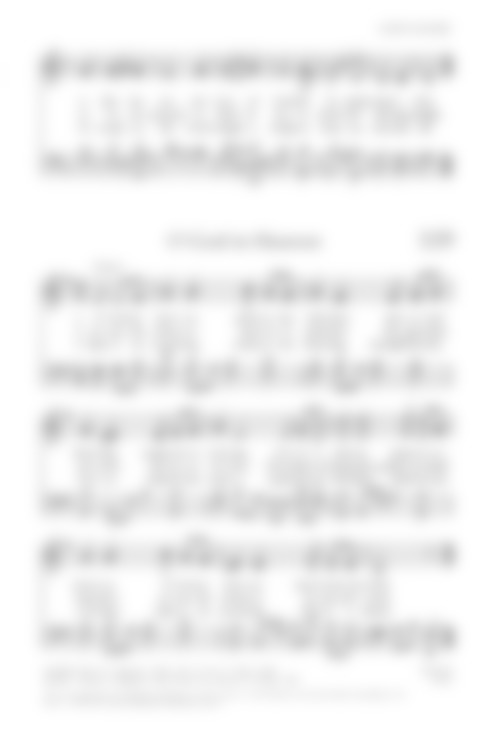 You can view this hymn by purchasing an instrument edition of the hymnal in our United Methodist Hymnal mobile app.

According to Taiwanese hymnologist I-to Loh, the leading authority on Asian church music, the English-language text, listed as a translation in The United Methodist Hymnal, may actually be an original text by the famous ecumenist D.T. Niles from Ceylon (now Sri Lanka).

Niles (1908-1970) was a pioneering ecumenist and a leading figure in developing an Asian approach to theology. His work included producing an important Asian hymnal.

Dr. Loh comments: “I personally doubt very much that the original [English] text of “O God in heaven” or “Father in heaven” [in its original version] was by [Elena G.] Maquiso. Niles probably wrote the text after he saw Maquiso’s tune. He had supplied nearly 35 new texts (unrelated to the original texts) to Asian tunes as seen from the EACC Hymnal [published in] 1964.”

The E.A.C.C. Hymnal, published by the East Asia Christian Conference, was a groundbreaking hymnal for its time in the inclusion of a number of Asian sources.

Even the melody HALAD, attributed to Maquiso, is more of an arrangement from a Filipino tribal tune. Again, Dr. Loh’s research is helpful: “The tune HALAD was originally set to the text of an offertory hymn: ‘Grant now your blessing,’ (‘Panalangini ang Among Halad’) which was written by Maquiso in 1961. And the tune HALAD was based on an old Ilinggo [an ethnic group in the Philippines] tune adapted by Maquiso.”

The first stanza contains an English reference, “Grant thy children mercy and blessing,” but apparently this is the extent of the relationship between Maquiso’s original text and Niles’ version.

By Western standards this all seems a bit confusing. We tend to think that a poet writes the text and someone else may compose the melody. Even in Western hymns, however, the versions we sing from our hymnals may have passed through several hands for textual translation and alteration and musical adaptation and arrangement. As Asian Christians were attempting to find their own musical voice, this kind of borrowing and adaptation was quite normal.

She continued her study in the U.S. at Hartford Theological Foundation, where she received her master’s degree in 1951 and doctor of religious education degree in 1960. She also studied from 1951-52 at the School of Sacred Music, Union Theological Seminary, New York, where she received an advanced certificate from Advanced Religious Studies in 1958.

Beginning in 1952, Maquiso taught church music and Christian education at her alma mater, Silliman University, for the rest of her professional life. She served in several administrative posts in the university and received several special recognitions and teaching awards.

Her greatest contribution to hymnology was as editor of the Cebuano hymnal, Awitan sa Pagtoo (1973), which includes many of her original compositions and hymn texts. This hymnal is widely used today among Cebuano-speaking congregations.

Niles’ text takes a relational approach in his hymn, petitioning the persons of the Trinity according to their attributes. In stanza one, the text invokes God’s “mercy and blessing” and prays for God’s “love to unite us” and “grace to redeem us.”

In stanza two, focusing on Christ, we are invited to “remember thy gracious passion, thy resurrection.” Stanza three invokes the Spirit to provide “strength for the weary, help for the needy.”

Congregations rarely attempt hymns from Asia because of the unfamiliar musical idiom. But “O God in Heaven” is an easily accessible hymn with a haunting melody and expressive text. For those celebrating Trinity Sunday, this hymn would be an ideal choice.

By accompanying the hymn on acoustic guitar, the musical rendition might relate to the more intimate quality of the text and recall the folk roots of the tune.

Dr. Hawn is professor of sacred music at Perkins School of Theology.