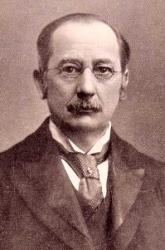 From a musical family, Bridge became a church organist before he was 20, and he achieved his ambition to become a cathedral organist by the age of 24, at Manchester Cathedral. After six years there, he was invited to become organist at Westminster Abbey, where he remained for the rest of his career. He instituted several changes to modernise and improve the music-making at the Abbey and organised the music for several state occasions, including two coronations.

As a teacher and lecturer, Bridge held posts at the Royal College of Music, Gresham College and the University of London. His students included the composers Arthur Benjamin and Noel Gay, the organists Edward Bairstow and Herbert Brewer, the conductor Landon Ronald and the early music pioneer Arnold Dolmetsch. His public lectures at Gresham College attracted large audiences, and they covered a wide range of subjects and musical periods.

For 25 years, Bridge was conductor of the Royal Choral Society, with whom he performed many new works, including some of his own compositions and works by the British composers Elgar, Vaughan Williams and Parry.

Bridge was born in Oldbury, then in Worcestershire, in central England, the eldest son of John Bridge and his wife, Rebecca née Cox. In 1850, his father was appointed a vicar-choral of Rochester Cathedral. Young Bridge was admitted to the cathedral choir as a "practising boy" (that is, a probationer). The choirboys were educated by another of the vicars-choral. The régime was severe in discipline and rudimentary in curriculum, but among the alumni of the choir school of this period were future organists of four English cathedrals and of Westminster Abbey. They included Bridge's younger brother Joseph, who eventually became organist of Chester Cathedral.

Bridge's first participated in a great national commemoration in 1852, when, aged eight, he was allowed to help toll the cathedral bell to mark the death of the Duke of Wellington. When Bridge was nine, he and his father were members of the choir assembled by Michael Costa for the opening of the Crystal Palace in June 1854. At the age of 14 Bridge left the cathedral choir and was apprenticed to John Hopkins, organist of Rochester Cathedral. While still studying under Hopkins, Bridge was appointed organist of the village church of Shorne in 1851, and the following year moved to Strood Parish Church.[2] From 1863 to 1867 he studied composition with John Goss, professor of harmony at the Royal Academy of Music. Bridge said in 1897, "Very happy and improving lessons they were and it is impossible for me to over-estimate the value of the instruction given by that dear, simple-minded musician."

In 1865 Bridge was appointed organist of Holy Trinity Church, Windsor. There he was encouraged and influenced by George Job Elvey, organist of St. George's Chapel, Windsor, and made many friends including John Stainer and the young Hubert Parry. During his time at Windsor, Bridge passed the examination for the Fellowship of the Royal College of Organists, in 1867, and took his Bachelor of Music degree at the University of Oxford.

After four years at Windsor, Bridge achieved his ambition to become a cathedral organist, successfully competing for the post at Manchester Cathedral.[3] He spent six years there from 1869, with his brother Joseph as his assistant. While at Manchester, he took his Doctor of Music degree at Oxford in 1874, and was professor of harmony at Owens College from 1872.

Under Bridge's leadership musical standards of the cathedral were improved, and the unsatisfactory old organ was replaced. The state of the existing instrument was described by The Manchester Guardian as "not only discreditable to Churchmen, but especially objectionable when existing in the cathedral church of a wealthy diocese.". The churchwarden, William Houldsworth gave £5,000, and a magnificent new instrument was built by Hill and Sons of London.

In 1875 the organist and master of the choristers at Westminster Abbey, James Turle, retired. Bridge was invited to succeed him. As Turle was permitted to retain his former title in retirement, Bridge was formally "Permanent Deputy-Organist of Westminster Abbey" until Turle's death in 1882, but he was effectively in sole charge from the outset. The Musical Times wrote:

The appointment of Dr. Bridge to the post of organist at Westminster Abbey … will be welcomed by all interested in the cause of church music. The improvement in the services at Manchester Cathedral since Dr. Bridge has held the position of organist, may be regarded as a proof that in the responsible office which he has now accepted he will do his utmost to advance the character of the music in the Abbey; and we sincerely hope that the Dean and Chapter will allow him that unlimited power over the choir which may enable him to raise it to the high state of efficiency which the public has a right to expect.

To the general public, Bridge became known for organising the music, and composing some of it, for great state occasions, notably Queen Victoria's jubilee (1887), Edward VII's coronation (1902), the national memorial service for Edward VII (1910), George V's coronation (1911), and the reinauguration of Henry VII's Chapel as the chapel of the Order of the Bath (1913). In the musical world he was known for his special commemorations of English composers of the past. The first was a celebration of Henry Purcell in 1895, marking the bicentenary of Purcell's death. Bridge presented Purcell's Te Deum "purged of the 18th century accretions which had overlaid it". Later commemorations were of Orlando Gibbons (1907), and Samuel Sebastian Wesley (1910).

Having worked successfully to have the organ at Manchester replaced, Bridge found himself obliged to do the same at the Abbey. He described the instrument he inherited as "a very old-fashioned affair". In 1884 the organ was completely rebuilt by Hill and Son to a very high specification.

When the National Training School for Music was set up in 1876 under Arthur Sullivan, Bridge was appointed professor of organ. When the school was reconstituted as the Royal College of Music in 1883 he was appointed professor of harmony and counterpoint. In 1890 he was elected Gresham professor of music at Gresham College, London, and in 1903 he was appointed professor of music at the University of London. According to Guy Warrack and Christopher Kent in the Grove Dictionary of Music and Musicians, "accounts of his teaching are not complimentary", but he was generally regarded as a highly successful lecturer, and Alcock's Oxford Dictionary of National Biography article states, "Because of his persuasive style and apt illustrations, his lectures drew large audiences." His pupils at the Royal College and the Abbey included Edward Bairstow, Arthur Benjamin, Herbert Brewer, Arnold Dolmetsch, Noel Gay, Lloyd Powell and Landon Ronald.

Bridge's enthusiasms were many and varied. His lectures at Gresham College were well known for the wide range of topics he covered. His articles for the musical press showed a similar variety; some examples are: "Purcell and Nicola Matteis"; "Samuel Pepys – A Lover of Musicke"; "A Seventeenth Century View of Musical Education"; and "The Musical Cries of London in Shakespeare's Time". In 1899 he was a pioneer of authentic performance of Handel's score for Messiah, purging it of 18th and 19th century reorchestrations.

Bridge was the conductor of the Royal Choral Society from 1896 to 1921. In an article celebrating his work with the society, Herman Klein listed the new works that it had performed under Bridge's baton. They included six works by Elgar, four apiece by Parry, Stanford, and Samuel Coleridge-Taylor, and works by Alexander Mackenzie, Frederick Cowen, Hamilton Harty, Ethel Smyth and Vaughan Williams.

Bridge retired as organist of the Abbey in 1918, but was granted the title of "Organist Emeritus" and continued to live in the Little Cloisters until his death six years later at the age of 79. His funeral took place at Glass, Aberdeenshire, where he was buried on 21 March 1924.