Lord, dismiss us with Thy blessing, Fill our hearts with joy and peace

SICILIAN MARINERS is traditionally used for the Roman Catholic Marian hymn "O Sanctissima." According to tradition, Sicilian seamen ended each day on their ships by singing this hymn in unison. The tune probably traveled from Italy to Germany to England, where The European Magazine and London Review first published it in 1792. The tune was associated with the German Christmas carol "O du Frohliche, O du Selige." The tune also appears to have had an influence on the African American song “We Shall Overcome.”

SICILIAN MARINERS is a bar-form tune (AAB) with a florid soprano line and an active harmonization. Sing it either vigorously or reflectively; singing rather deliberately will increase the hymn's dignity. A traditional version of the tune includes dotted rhythms, which encourage a more meditative approach to singing.

Text: Lord, Dismiss Us with Thy Blessing (Fawcett)

Text: A Song For Christmas Eve

Text: Lord, Dismiss Us with Your Blessing

Text: Lord, Dismiss Us with Thy Blessing

Text: Lord, Dismiss Us with Your Blessing
^ top 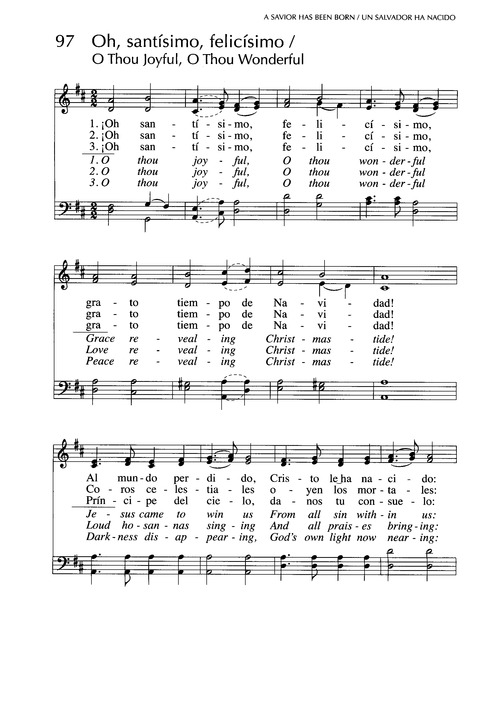 Great Songs of the Church #10

Hymns for a Pilgrim People #513

Hymns for a Pilgrim People #579

The Hymnal for Worship and Celebration #119

The Hymnal for Worship and Celebration #601