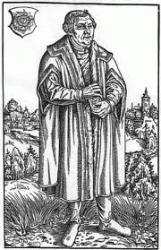 Campanus, Johann, was born on June 24, c. 1565, at Wodnian in Bohemia. At the Uni¬versity of Prag (Prague), he graduated b.a. 1592, M.A. 1596. In 1592 he became master at Iglau, thereafter at Teplitz, and then professor at Königingratz. He was in 1596 appointed Rector of the St. Heinrich school, in the Neustadt, Prag, and in 1600 Rector at Kuttenberg. Ultimately he became Professor of Greek and Latin and of Bohemian History in the University of Prag, where he was some time Dean of the Philosophical Faculty, and in 1612 Rector of the University. He died at Prag, Dec. 13, 1622.

Brought up at Wodnian as a Hussite, he became a Lutheran; then a Calvinist; was in 1619 assessor of the Utraquist Consistory of the Teynkirche in the Altstadt, Prag; and on Nov. 16,1622, formally became a Roman Catholic. His Latin Version of the Psalms, pub. at Prag, 1611, and his Latin Odes, Prag, 1612, were introduced for the senior scholars to sing in church and school. A complete ed. of his sacred poems appeared as Sacrarum Odarum Libri Duo. Quorum Prior Psalmos Davidicos, Posterior hymnos Dominicales et feriales continet. Accessere Cantica Canticorum in Odaria liii. nee non Melodiae pro omnibus Psalmis, Odis, & Canticorum Odariist ejusdem Authoris. Frankfurt-am-Main, 1618. [Wernigerode] A full list of his works is given in his Biographie, by G. J. Dlabcz, Prag, 1819.