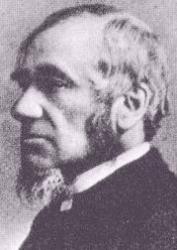 Rev. Canon Henry Twells (1823-1900) was an Anglican clergyman, hymn writer and poet. His best known hymn was "At Even, Ere the Sun Was Set". He also wrote the well-known poem, "Time's Paces" that depicts the apparent speeding up of time as we become older. A younger brother, Edward Twells, was the first Bishop of Bloemfontein.
Wikipedia Biography
TextsTunesHymnals