For the Healing of the Nations

We Cannot Measure How You Heal

Heal me, hands of Jesus

Healing at the Fountain

b. 1949 Person Name: John Bell, 1949- Author of "We Cannot Measure How You Heal" in The Covenant Hymnal John Bell (b. 1949) was born in the Scottish town of Kilmarnock in Ayrshire, intending to be a music teacher when he felt the call to the ministry. But in frustration with his classes, he did volunteer work in a deprived neighborhood in London for a time and also served for two years as an associate pastor at the English Reformed Church in Amsterdam. After graduating he worked for five years as a youth pastor for the Church of Scotland, serving a large region that included about 500 churches. He then took a similar position with the Iona Community, and with his colleague Graham Maule, began to broaden the youth ministry to focus on renewal of the church’s worship. His approach soon turned to composing songs within the identifiable traditions of hymnody that found began to address concerns missing from the current Scottish hymnal: "I discovered that seldom did our hymns represent the plight of poor people to God. There was nothing that dealt with unemployment, nothing that dealt with living in a multicultural society and feeling disenfranchised. There was nothing about child abuse…,that reflected concern for the developing world, nothing that helped see ourselves as brothers and sisters to those who are suffering from poverty or persecution." [from an interview in Reformed Worship (March 1993)] That concern not only led to writing many songs, but increasingly to introducing them internationally in many conferences, while also gathering songs from around the world. He was convener for the fourth edition of the Church of Scotland’s Church Hymnary (2005), a very different collection from the previous 1973 edition. His books, The Singing Thing and The Singing Thing Too, as well as the many collections of songs and worship resources produced by John Bell—some together with other members of the Iona Community’s “Wild Goose Resource Group,” are available in North America from GIA Publications. Emily Brink
John L. Bell

1823 - 1889 Person Name: William Henry Monk (1823-1889) Harmonizer of "ALLELUIA DULCE CARMEN" in Ancient and Modern William H. Monk (b. Brompton, London, England, 1823; d. London, 1889) is best known for his music editing of Hymns Ancient and Modern (1861, 1868; 1875, and 1889 editions). He also adapted music from plainsong and added accompaniments for Introits for Use Throughout the Year, a book issued with that famous hymnal. Beginning in his teenage years, Monk held a number of musical positions. He became choirmaster at King's College in London in 1847 and was organist and choirmaster at St. Matthias, Stoke Newington, from 1852 to 1889, where he was influenced by the Oxford Movement. At St. Matthias, Monk also began daily choral services with the choir leading the congregation in music chosen according to the church year, including psalms chanted to plainsong. He composed over fifty hymn tunes and edited The Scottish Hymnal (1872 edition) and Wordsworth's Hymns for the Holy Year (1862) as well as the periodical Parish Choir (1840-1851). Bert Polman
William Henry Monk

Editors: Patrick Michaels Description: The SmallChurchMusic site was launched in 2006, growing out of the requests from those struggling to provide suitable music for their services and meetings. Rev. Clyde McLennan was ordained in mid 1960’s and was a pastor in many small Australian country areas, and therefore was acutely aware of this music problem. Having also been trained as a Pipe Organist, recordings on site (which are a subset of the smallchurchmusic.com site) are all actually played by Clyde, and also include piano and piano with organ versions. All recordings are in MP3 format. Churches all around the world use the recordings, with downloads averaging over 60,000 per month. The recordings normally have an introduction, several verses and a slowdown on the last verse. Users are encouraged to use software: Audacity (http://www.audacityteam.org) or Song Surgeon (http://songsurgeon.com) (see http://scm-audacity.weebly.com for more information) to adjust the MP3 number of verses, tempo and pitch to suit their local needs. Copyright notice: Rev. Clyde McLennan, performer in this collection, has assigned his performer rights in this collection to Hymnary.org. Non-commercial use of these recordings is permitted. For permission to use them for any other purposes, please contact manager@hymnary.org. Home/Music(smallchurchmusic.com) List SongsAlphabetically List Songsby Meter List Songs byTune Name About
Small Church Music 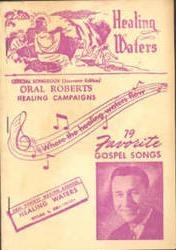