O Lord, No Pride Is In My Heart

When blinded with Pride

[Years I spent in vanity and pride]

Years I spent in vanity and pride (At Calvary) 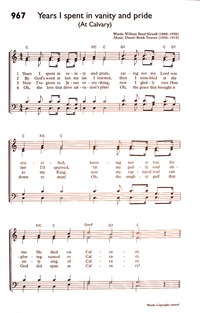 Is it There, Written There? 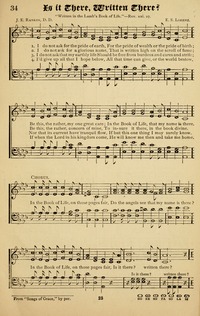 Is It There? Written There? 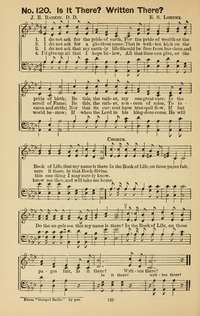 Composer of "ELLACOMBE" in The Cyber Hymnal In some hymnals, the editors noted that a hymn's author is unknown to them, and so this artificial "person" entry is used to reflect that fact. Obviously, the hymns attributed to "Author Unknown" "Unknown" or "Anonymous" could have been written by many people over a span of many centuries.
Anonymous 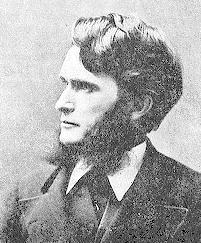 1828 - 1904 Person Name: J. E. Rankin, D. D. Author of "Is It There? Written There?" in Triumphant Songs No.3 Pseudonym: R. E. Jeremy. Rankin, Jeremiah Eames, D.D., was born at Thornton, New Haven, Jan. 2, 1828, and educated at Middleburg College, Vermont, and at Andover. For two years he resided at Potsdam, U.S. Subsequently he held pastoral charges as a Congregational Minister at New York, St. Albans, Charlestown, Washington ( District of Columbia), &c. In 1878 he edited the Gospel Temperance Hymnal, and later the Gospel Bells. His hymns appeared in these collections, and in D. E. Jones's Songs of the New Life, 1869. His best known hymn is "Labouring and heavy laden" (Seeking Christ). This was "written [in 1855] for a sister who was an inquirer," was first printed in the Boston Recorder, and then included in Nason's Congregational Hymn Book, 1857. Another of his hymns is "Rest, rest, rest, brother rest." He died in 1904. [Rev. F. M. Bird, M.A.] --John Julian, Dictionary of Hymnology (1907) ======================== Rankin, J. 33., p. 951, ii. Dr. Rankin, b. in N. H. (not New Haven), and received his D.D. 1869, LL.D. 1889 from his Alma Mater. He was President for several years of Howard University, Washington, D.C. His publications included several volumes of Sermons, German-English Lyrics, Sacred and Secular, 1897; 2nd ed. 1898, &c. In addition to his hymns noted on p. 951, ii., he has written and published mainly in sheet form many others, the most important and best-known being:— 1. God be with you till we meet again. [Benediction.] Dr. Rankin's account of this hymn, supplied to us, in common with Mr. Brownlie, for his Hymns and H. Writers of The Church Hymnary, 1899, is: "It was written as a Christian good-bye, and first sung in the First Congregational Church, of which I was minister for fifteen years. We had Gospel meetings on Sunday nights, and our music was intentionally of the popular kind. I wrote the first stanza, and sent it to two gentlemen for music. The music which seemed to me to best suit the words was written by T. G. Tomer, teacher of public schools in New Jersey, at one time on the staff of General 0. 0. Howard. After receiving the music (which was revised by Dr. J. W. Bischoff, the organist of my church), I wrote the other stanzas." The hymn became at once popular, and has been translated into several languages. In America it is in numerous collections; and in Great Britain, in The Church Hymnary, 1898, Horder's Worship Song, 1905, The Methodist Hymn Book, 1904, and others. It was left undated by Dr. Rankin, but I.D. Sankey gives it as 1882. 2. Beautiful the little hands. [Little ones for Jesus.] Given without date in Gloria Deo, New York, 1900. Dr. Rankin's translations include versions of German, French, Latin, and Welsh hymns. His contributions to the periodical press have been numerous. --John Julian, Dictionary of Hymnology, New Supplement (1907)
Jeremiah Eames Rankin

1854 - 1942 Person Name: E. S. Lorenz Composer of "[I do not ask for the pride of earth]" in Triumphant Songs No.3 Pseudonymns: John D. Cresswell, L. S. Edwards, E. D. Mund, ==================== Lorenz, Edmund Simon. (North Lawrence, Stark County, Ohio, July 13, 1854--July 10, 1942, Dayton, Ohio). Son of Edward Lorenz, a German-born shoemaker who turned preacher, served German immigrants in northwestern Ohio, and was editor of the church paper, Froehliche Botschafter, 1894-1900. Edmund graduated from Toledo High School in 1870, taught German, and was made a school principal at a salary of $20 per week. At age 19, he moved to Dayton to become the music editor for the United Brethren Publishing House. He graduated from Otterbein College (B.A.) in 1880, studied at Union Biblical Seminary, 1878-1881, then went to Yale Divinity School where he graduated (B.D.) in 1883. He then spent a year studying theology in Leipzig, Germany. He was ordained by the Miami [Ohio] Conference of the United Brethren in Christ in 1877. The following year, he married Florence Kumler, with whom he had five children. Upon his return to the United States, he served as pastor of the High Street United Brethren Church in Dayton, 1884-1886, and then as president of Lebanon Valley College, 1887-1889. Ill health led him to resign his presidency. In 1890 he founded the Lorenz Publishing Company of Dayton, to which he devoted the remainder of his life. For their catalog, he wrote hymns, and composed many gospel songs, anthems, and cantatas, occasionally using pseudonyms such as E.D. Mund, Anna Chichester, and G.M. Dodge. He edited three of the Lorenz choir magazines, The Choir Leader, The Choir Herald, and Kirchenchor. Prominent among the many song-books and hymnals which he compiled and edited were those for his church: Hymns for the Sanctuary and Social Worship (1874), Pilgerlieder (1878), Songs of Grace (1879), The Otterbein Hymnal (1890), and The Church Hymnal (1934). For pastors and church musicians, he wrote several books stressing hymnody: Practical Church Music (1909), Church Music (1923), Music in Work and Worship (1925), and The Singing Church (1938). In 1936, Otterbein College awarded him the honorary D.Mus. degree and Lebanon Valley College the honorary LL.D. degree. --Information from granddaughter Ellen Jane Lorenz Porter, DNAH Archives
Edmund S. Lorenz