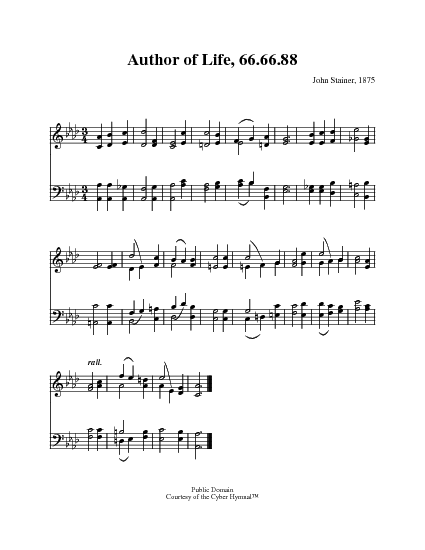 Author of life divine. [Holy Communion.] This hymn for the Holy Communion is from J. & C. Wesley's Hymns on the Lord's Supper, first published in 1745, No. 40, in 2 stanzas of 6 lines. In 1875 it was included without alteration in the revised edition of Hymns Ancient & Modern, and attributed to John Wesley. There is, however, no evidence that it was the composition of John as distinct from Charles Wesley. In the absence of positive evidence either way the probabilities are in favour of Charles, rather than his elder brother. It is also in common use in America. Original text in Hymns Ancient & Modern and Poetical Works, 1868-72, vol. iii. p. 244.

John David Edwards (b. Penderlwyngoch, Cardiganshire, Wales, 1805; d. Llanddoget, Denbighshire, North Wales, 1885) was educated at Jesus College, Oxford, England, and ordained an Anglican priest in 1833. He served parishes in Rhosymedre and Llanddoget and published a collection of hymn tunes, Origin…

All tunes published with 'Author of life divine'^ top 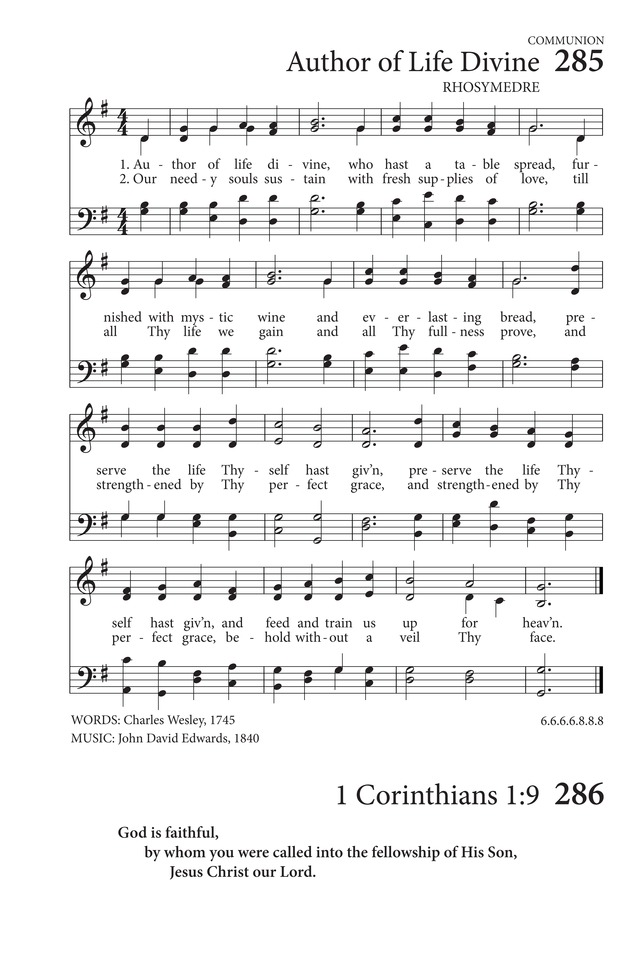