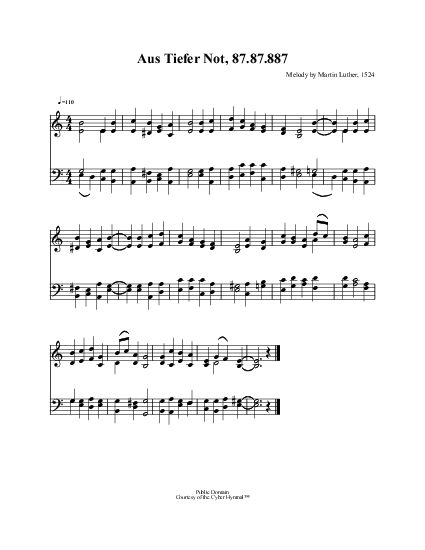 Suggested tune: PASSION CHORALE (HERZLICH TUT MICH VERLANGEN)
==================
Befiehl du deine Wege. P. Gerhardt. [Trust in God.] This hymn, which Lauxmann in Koch, viii. 392, calls "The most comforting of all the hymns that have resounded on Paulus Gerhardt's golden lyre, sweeter to many souls than honey and the honey-comb," appeared as No. 333 in the Frankfurt edition, 1656, of Crüger's Praxis pietatis melica. Thence in Wackernagel's edition of his Geistliche Lieder, No. 66, and Bachmann's edition, No. 72, in 12 stanzas of 8 lines, and included as No. 620 in the Unverfälschter Liedersegen, 1851. It is an acrostic on Luther's version of Ps. xxxvii. 5, "Befiehl dem Herren deine Wege und hoffe auf ihn, er wirds wohl machen," formed by the initial words of the stanzas, those in Wackernagel’s edition being printed in blacker type. This acrostic form has been preserved by Jacobi and Stallybrass.

According to tradition it was written in a Saxon village to console his wife after being compelled to leave Berlin. But, as already stated, the hymn was published in 1656, and though Gerhardt had to leave his office in 1666, he did not leave Berlin till his appointment to Lübben in 1669, while his wife died in Berlin in 1668.
The hymn soon spread over Germany, found its way into all the hymn-books, and ranks as one of the finest hymns of its class. Lauxmann relates that it was sung when the foundation stone of the first Lutheran church at Philadelphia was laid, May 2,1743, and again on Oct. 20, when the Father of the American Lutheran Church, Heinrich Melchior Muhlenberg, held the opening service. He also relates that Queen Luise of Prussia, during the time when Germany was downtrodden by Napoleon J., came to Ortelsburg in East Prussia, and there, on Dec. 5,1806, wrote in her diary the verses of Goethe (Wilhelm Meister, Book ii, Chap, xiii.), thus rendered by Thomas Carlyle:—

Who never ate his bread in sorrow,
Who never spent the darksome hours
Weeping and watching for the morrow,
He knows ye not, ye gloomy Powers.
To earth, this weary earth, ye bring us,
To guilt ye let us heedless go,
Then leave repentance fierce to wring us:
A moment's guilt, an age of woe!

But drying her tears she went to the harpsichord, and from Goethe turned to Gerhardt, and played and sang this hymn. In his note, extending from p. 392 to p. 405, Lauxmann gives many other instances of its consoling effects, and says of it, "Truly a hymn which, as Luther's ‘Ein feste Burg,' is surrounded by a cloud of witnesses." 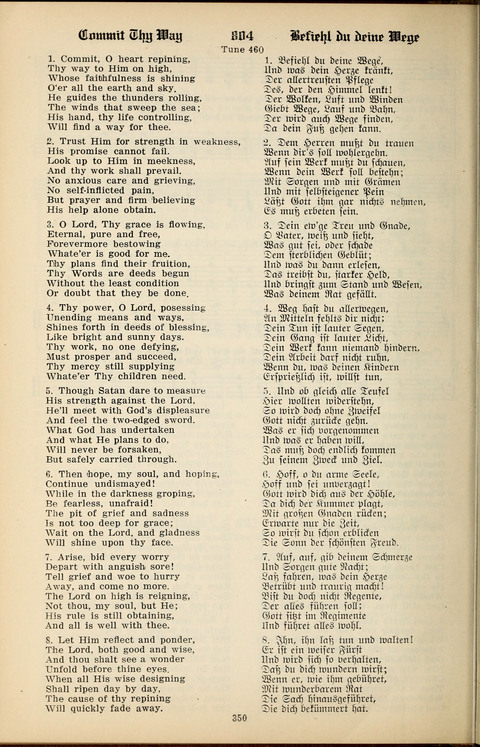