Christian, Do You Struggle

Christian, do you struggle

Audio files: MIDI
Representative text cannot be shown for this hymn due to copyright.
To see the text, purchase a flexscore. 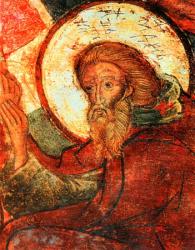 Andrew, St., of Jerusalem, Archbishop of Crete (660-732). born at Damascus; he embraced the monastic life at Jerusalem, whence his name, as above. He was deputed by Theodore, Patriarch of Jerusalem, to attend the 6th General Council at Constantinople (680). He was there ordained deacon, and became Warden of the Orphanage. "During the reign of Philippus Bardesanes (711-714) he was raised by that usurper to the Archiepiscopate of Crete; and shortly afterward was one of the Pseudo-Synod of Constantinople, held under that Emperor's auspices in 712, which condemned the Sixth (Ecumenical Council and restored the Monothelite heresy. At a later period, however, he returned to the faith of the Church and refuted the error into which be had fallen."… Go to person page > 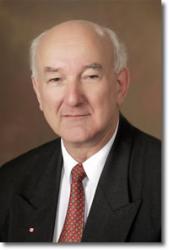 The original version of this text, "Christian, Dost Thou See Them," was published by John M. Neale (PHH 342) in his Hymns of the Eastern Church (1862). There it was said to be a translation of a Greek hymn by Andrew of Crete (660-732). Because no such Greek text has ever been found, most scholars now assume that Neale wrote the text. But it does reflect the spirit of St. Andrew, who battled vigorously for the gospel in early Christian history. Various hymnal editors have made small alterations in the text. Bert Polman prepared a modernized version in 1985 for the 1987 Psalter Hymnal.

"Christian, Do You Struggle" is one of a number of Christian battle hymns that uses the spiritual warfare imagery Paul sets forth in Ephesians 6:10-18. The Christian battle is "not against flesh and blood" but against the "powers of this dark world and against the spiritual forces of evil." It is a deadly serious battle that requires Christians to "put on the full armor of God," which his Word and Spirit provide. This spiritual warfare is against sinful cultures and their authorities in the external world (st. 1) but also against the tempting powers of sin within (st. 2), which may lead to doubt and unbelief (st. 3). Each stanza concludes by taking seriously Paul's advice to "put on the full armor of God," "stand firm," and "pray in the Spirit."

Liturgical Use:
The tone of encouragement and hope in this hymn will be useful in various personal contexts of Christian warfare against evil; may also serve as a battle cry and prayer for the entire Christian community.

John B. Dykes (PHH 147) composed ST. ANDREW OF CRETE for this text. The hymn was published in the 1868 Appendix to Hymns Ancient and Modern. ST. ANDREW OF CRETE is one of a few tunes in the Psalter Hymnal that shifts from minor to major tonality (see also CREDO, 127 and NEW HEAVEN, 236). The initial…

All tunes published with 'Christian, Do You Struggle'^ top