Commit thy ways and goings 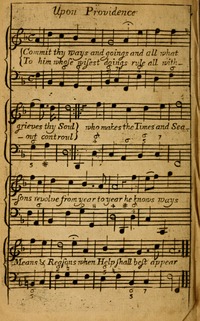 Commit thy ways and goings

I. Commit thy Ways and Goings,
And All that grieves thy Soul,
To him, whose wisest Doings
Rule all without Controul:
He makes the Times and Seasons
Revolve from Year to Year,
And knows Ways, Means, and Reasons,
When Help shall best appear.


II. Unto the Lord turn wholly,
For he will never fail
To rescue thee from Folly,
If thou dost but bewail
Thy stiff-neck'd Self-Reliance;
Shake off that Yoke of Hell,
Which ever bids Defiance
To him that governs well.


III. Trust also in him ever,
Without reluctant Will:
His Promises will never
Once come behind thy Zeal.
His Goodness knows no Measure,
His Love and Care no End,
For such as wait with Pleasure
Till he Salvation send.


IV. And he shall surely lighten
The Sorrows on thy heart,
And with his Glory brighten
Thy darken'd inward Part.
When Thou his great Salvation
With wond'ring Eyes shalt see,
Thou'lt say, without Cessation,
He loves and cares for Thee.


V. Bring to to pass, O Blessed
Above what Words can tell:
And see us all released
From Sin and Death and Hell.
Direct us, O most Holy,
In the blest heav'nly Way,
That leads through this dark Valley
To everlasting Day.

Source: Psalmodia Germanica: or, The German Psalmody: translated from the high Dutch together with their proper tunes and thorough bass (2nd ed., corr. and enl.) #63

Befiehl du deine Wege. P. Gerhardt. [Trust in God.] This hymn, which Lauxmann in Koch, viii. 392, calls "The most comforting of all the hymns that have resounded on Paulus Gerhardt's golden lyre, sweeter to many souls than honey and the honey-comb," appeared as No. 333 in the Frankfurt edition, 1656, of Crüger's Praxis pietatis melica. Thence in Wackernagel's edition of his Geistliche Lieder, No. 66, and Bachmann's edition, No. 72, in 12 stanzas of 8 lines, and included as No. 620 in the Unverfälschter Liedersegen, 1851. It is an acrostic on Luther's version of Ps. xxxvii. 5, "Befiehl dem Herren deine Wege und hoffe auf ihn, er wirds wohl machen," formed by the initial words of the stanzas, those in Wackernagel’s edition being printed in blacker type. This acrostic form has been preserved by Jacobi and Stallybrass.
Translation not in common use:—
(1) "Commit thy Ways and Goings," by J. C. Jacobi, 1720, p. 15 (1722, p. 38, 1732, p. 03).

All tunes published with 'Commit thy ways and goings'^ top 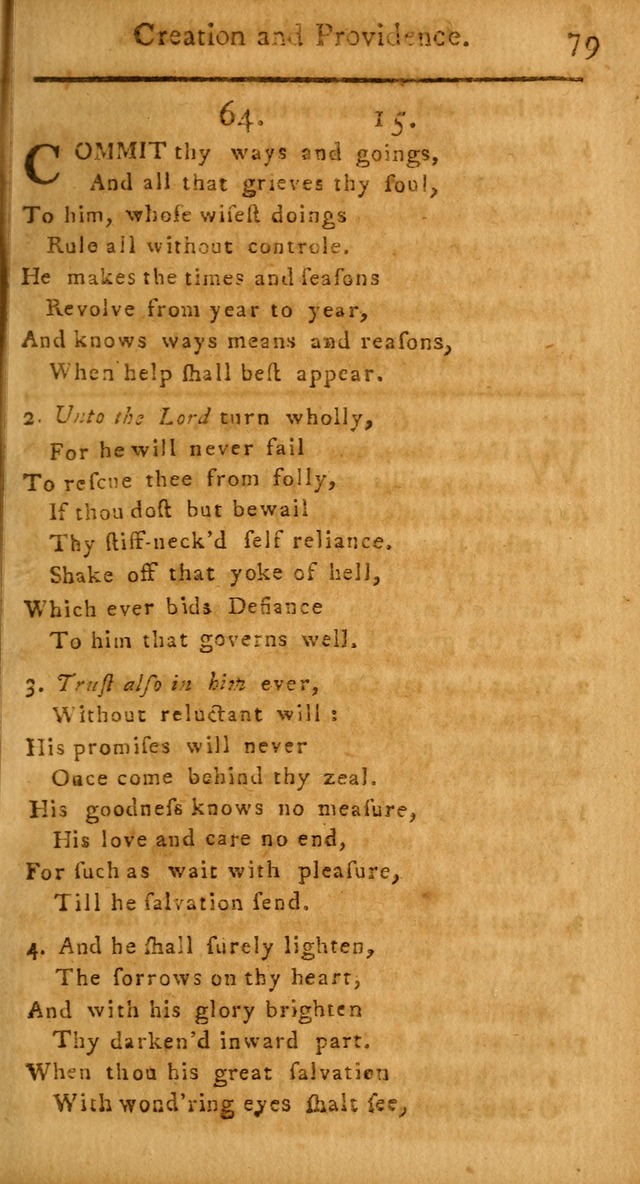 View Page
A Hymn and Prayer-Book: for the use of such Lutheran churches as Use the English language (1795), p.79
^ top