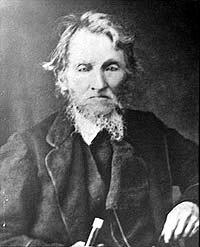 Pseudonym: Bi­n­a­mu. Hiram Bingham, formally Hiram Bingham I (1789–1869), was leader of the first group of American Protestant missionaries to introduce Christianity to the Hawaiian islands. Like most of the missionaries, he was from New England. See more at: Wikipedia article  Go to person page >

Isaac Watts was the son of a schoolmaster, and was born in Southampton, July 17, 1674. He is said to have shown remarkable precocity in childhood, beginning the study of Latin, in his fourth year, and writing respectable verses at the age of seven. At the age of sixteen, he went to London to study in the Academy of the Rev. Thomas Rowe, an Independent minister. In 1698, he became assistant minister of the Independent Church, Berry St., London. In 1702, he became pastor. In 1712, he accepted an invitation to visit Sir Thomas Abney, at his residence of Abney Park, and at Sir Thomas' pressing request, made it his home for the remainder of his life. It was a residence most favourable for his health, and for the prosecution of his literary… Go to person page >