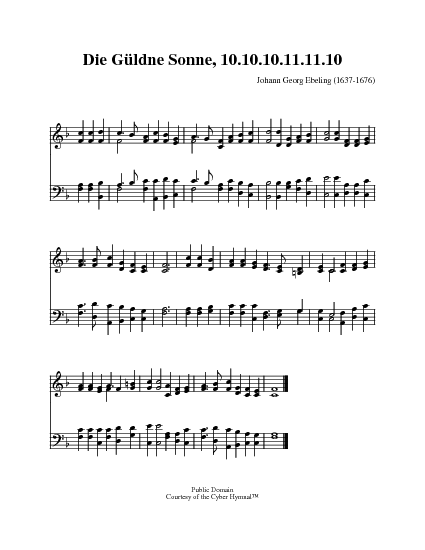 Evening and morning, Sunset and dawning

1 Evening and morning,
Sunset and dawning,
Wealth, peace and gladness,
Comfort in sadness:
These are Thy works; all the glory be Thine!
Times without number,
Awake or in slumber,
Thine eye observes us,
From danger preserves us,
Causing Thy mercy upon us to shine.


2 Father, O hear me,
Pardon and spare me;
Calm all my terrors,
Blot out my errors
That by Thine eyes they may no more be scanned.
Order my goings,
Direct all my doings;
As it may please Thee,
Retain or release me;
All I commit to Thy fatherly hand.

All tunes published with 'Evening and Morning'^ top 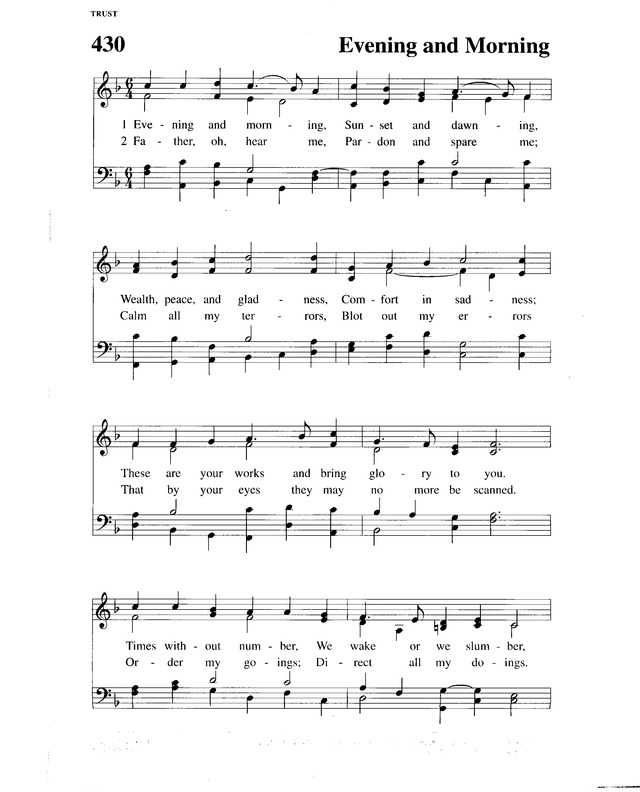