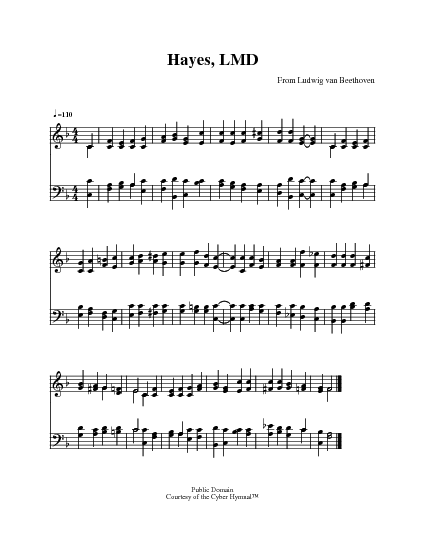 Father of all, whose powerful voice

1 Father of all, whose powerful voice
Called forth this universal frame!
Whose mercies over all rejoice,
Through endless ages still the same:
Thou by thy word upholdest all;
Thy bounteous love to all is showed;
Thou hearest thy every creature's call,
And fillest every mouth with good.


2 In heaven thou reign'st enthroned in light,
Nature's expanse before thee spread;
Earth, air, and sea before thy sight,
And hell's deep gloom are open laid:
Wisdom and might and love are thine;
Prostrate before thy face we fall,
Confess thine attributes divine,
And hail thee Sovereign Lord of all.


Source: The Voice of Praise: a collection of hymns for the use of the Methodist Church #61

Father of all, Whose powerful voice. C. Wesley. [The Lord's Prayer.] First published in Hymns & Sacred Poems, 1742, p. 275, in 9 stanzas of 8 lines, as a Paraphrase of the Lord's Prayer (Poetical Works, 1868-1872, vol. ii. p. 335). In the Wesleyan Hymn Book, 1780, it was given in three parts:—Pt. i. "Father of all, Whose powerful voice"; Pt. ii. "Son of Thy Sire's Eternal love"; Pt. iii. "Eternal, spotless Lamb of God," and numbered respectively 225, 226, 227. In this form it has been repeated in later editions of the Wesleyan Hymn Book, and has passed into other collections. In addition the hymn, "Father, 'tis Thine each day to yield," in Hall's Mitre, 1836, No. 214, and E. Osier's Church & King, June, 1837, is composed of Wesley's stanza vi. altered, and a new stanza by Osier. The popular doxology "Blessing and honour, praise and love," much used in America, is the closing stanza of Wesley's paraphrase. This hymn is sometimes ascribed to John Wesley, but upon what authority we have been unable to ascertain.

Father of all, Whose powerful voice, p. 368, ii. Another cento from this hymn beginning “All ye who owe to God your birth," is in common use as in Hatfield's Church Hymn Book, N. Y., 1872.

The tune CREATION is taken from the chorus “The Heavens Are Telling” from the well known oratorio The Creation (1798) by Franz Joseph Haydn (b. Rohrau, Austria, 1732; d. Vienna, Austria, 1809). Haydn's life was relatively uneventful, but his artistic legacy was truly astounding. He began his mus…

All tunes published with 'The Lord's Prayer'^ top 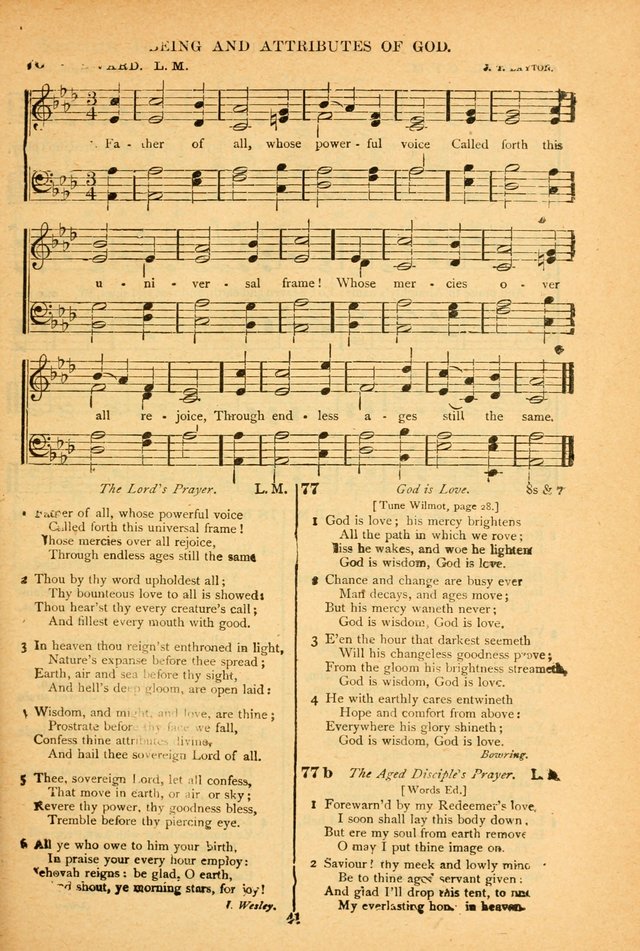 View Page
The African Methodist Episcopal Hymn and Tune Book: adapted to the doctrines and usages of the church (6th ed.) (1902), p.41
^ top