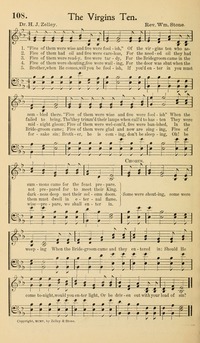 Five of them were wise and five were foolish

Author: Henry J. Zelley
Tune: [Five of them were wise and five were foolish]
Published in 1 hymnal


Refrain:
Some were shouting, some were weeping
When the bridegroom came and they entered in:
Should He come tonight, would you enter light,
Or be driven out with your load of sin?


2 Five of them had oil and five were careless,
For the needed oil then had failed to bring.
Tho’ they trimmed their lamps when called to hasten
They were not prepared for to meet their King. [Refrain]


5 Brother, when He comes, will you be foolish,
If you’d enter in you must forsake sin;
Brother, he is coming, don’t be sleeping,
Oh! be wise—prepare, we shall enter in. [Refrain]

Source: Hymns of the Kingdom: for use in religious meetings #108

Henry Jeffreys Zelley was born at Mt. Holly, NJ, on Mar. 15, 1859. Educated in the Mt. Holly public schools, at Pennington Seminary, and at Taylor University, where he earned his M. A., Ph. D., and D. D. degrees, he became a Methodist minister in 1882 and first served in the New Jersey Conference as a statistical secretary, treasurer, and trustee, becoming a promoter of the campmeeting movement. Noted for his evangelistic fervor, Zelley produced over 1500 poems, hymns, and gospel songs. One of his songs, "He Brought Me Out" with music by Henry L. Gilmour, appears in several denominational hymnals. Cyberhymnal also lists "When Israel Out of Bondage Came" or "He Rolled the Sea Away" with music by Gilmour too. Another of Zelley’s so… Go to person page >
^ top

[Five of them were wise and five were foolish]

All tunes published with 'The virgins ten'^ top 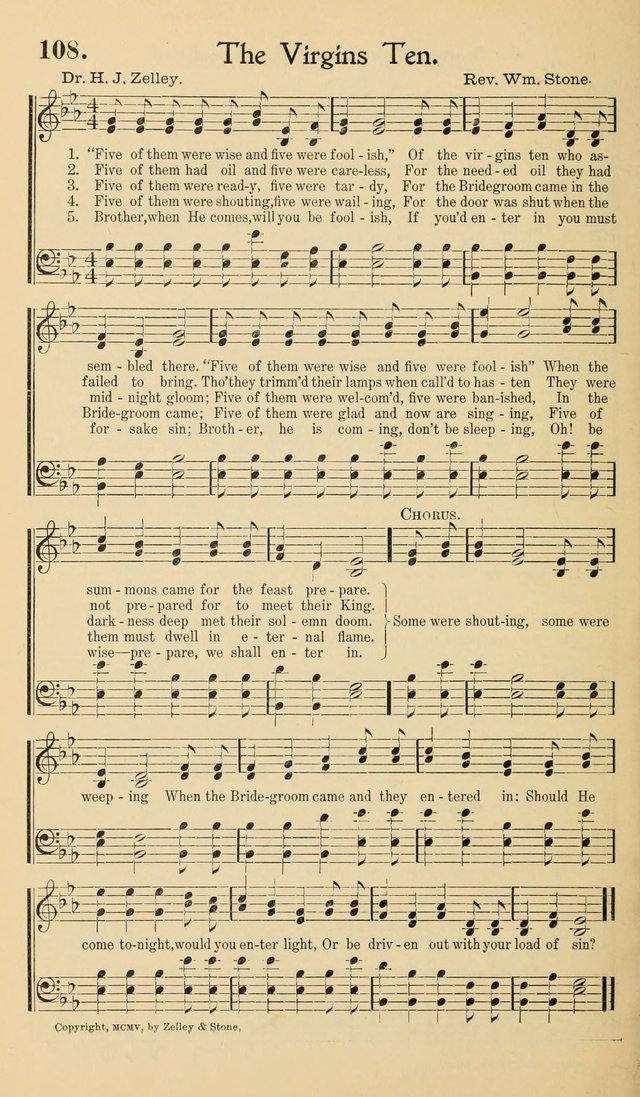