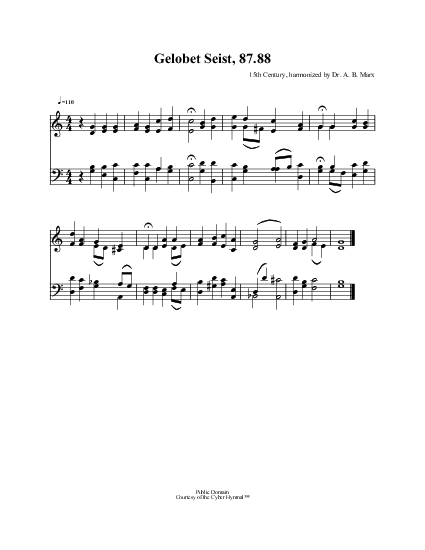 Suggested tune: GELOBET SEIST DU
======================
Gelobet seist du Jesu Christ. [Christmas.] This hymn has been called a translation of the following Latin sequence:—
1. "Grates nunc omnes reddamus Domino Deo, qui sua nativitate nos liberavit de diabolica potestate.
2. “Huic oportet ut canamus cum angelis semper: Gloria in excelsis."
The text of this sequence is in Daniel, ii. p. 5, apparently from a Munich manuscript of the 11th century, and is also found in a 12th century manuscript in the British Museum (Add. 11,669, f. 49). It has been ascribed to St. Gregory the Great, and to Notker Balbulus; but is probably by neither. The earliest form in which the German hymn has been found is in a manuscript of 1370, probably written in the district of Celle, and now in the Royal library at Copenhagen. In the Blatter fur Hymnologie, 1883, p. 47, it is quoted as occurring thus:— 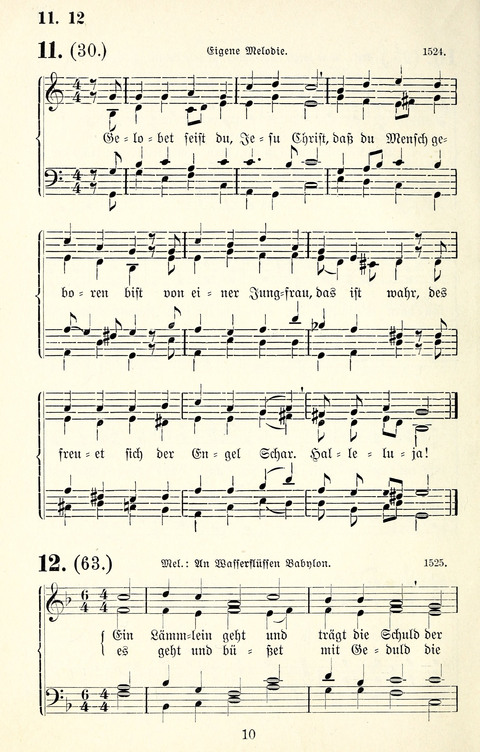