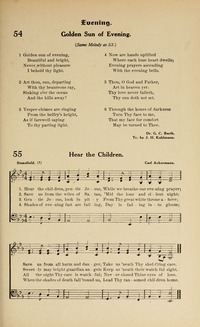 Barth, Christian Gottlob, son of C. F. Barth, house painter in Stuttgart, was born at Stuttgart, July 31,1799. He studied at Tubingen, where he was the principal founder of the Missionary Society, and was only restrained by his mother's entreaties from offering himself as a missionary. He became, in 1821, assistant at Neckarweihingen and Dornham, and, in 1822, curate in charge of Effringen and Schönbrunn, near Nagold. In 1824 he was appointed pastor of Möttlingen, near Calw, but resigned his charge in 1838, and settled in Calw, receiving in the same year the degree of D.D. from the University.of Greifswald. He died at Calw of apoplexy, Nov. 12, 1862. At Calw he devoted himself as a writer and preacher to children, as a preacher and writer… Go to person page >
^ top

All tunes published with 'Golden sun of evening'^ top 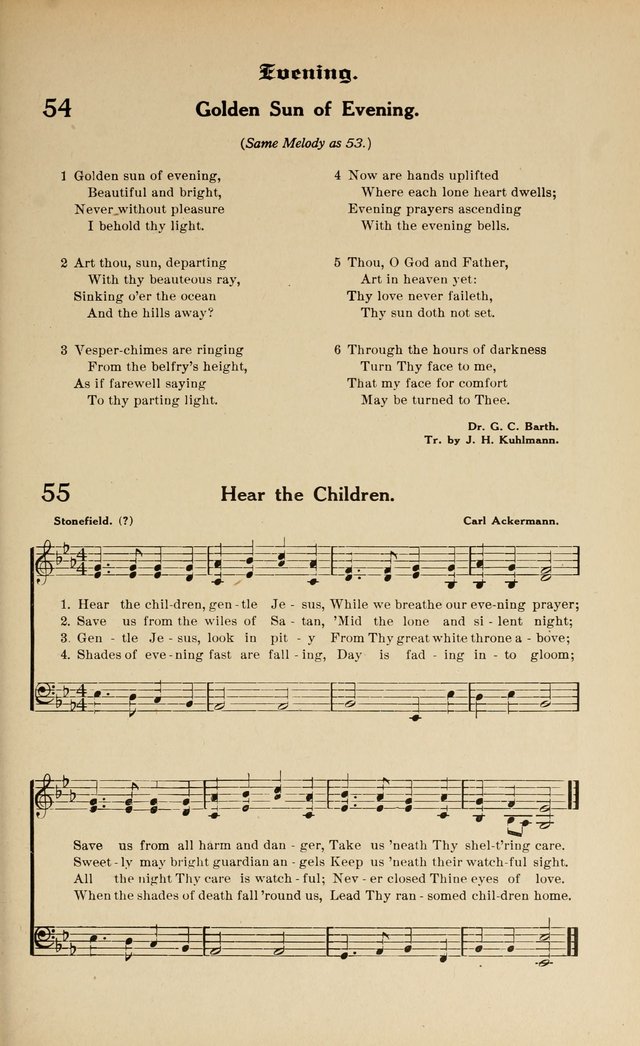