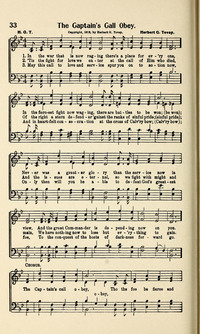 In the war that is now raging, there's a place for every one

Author: Herbert G. Tovey
Tune: [In the war that is now raging there's a place for ev'ry one]
Published in 2 hymnals

1 In the war that is now raging there’s a place for ev’ry one,
In the fiercest fight now waging, there are battles to be won;
Never was a greater glory than the service now in view,
And the great Commander is depending now on you.


Refrain:
The Captain’s call obey,
Tho the foe be fierce and strong,
Enlist while now you may, to the righteous band belong;
No thought of a retreat as the Leader’s face you see,
But march a firm united ban on to victory.


2 ‘Tis the fight for love we enter at the call of Him who died,
Of the right a stern defender ‘gainst the ranks of sinful pride;
And the issues are eternal, so we fight with might and main,
We have nothing now to lose but ev’rything to gain. [Refrain]


3 May this call to love and service spur you on to action now,
And in heartfelt consecration at the cross of Calv’ry bow;
Only then will you be able to defeat God’s greatest foe,
To the conquest of the hosts of darkness forward go. [Refrain]

All tunes published with 'The Captain’s Call Obey'^ top 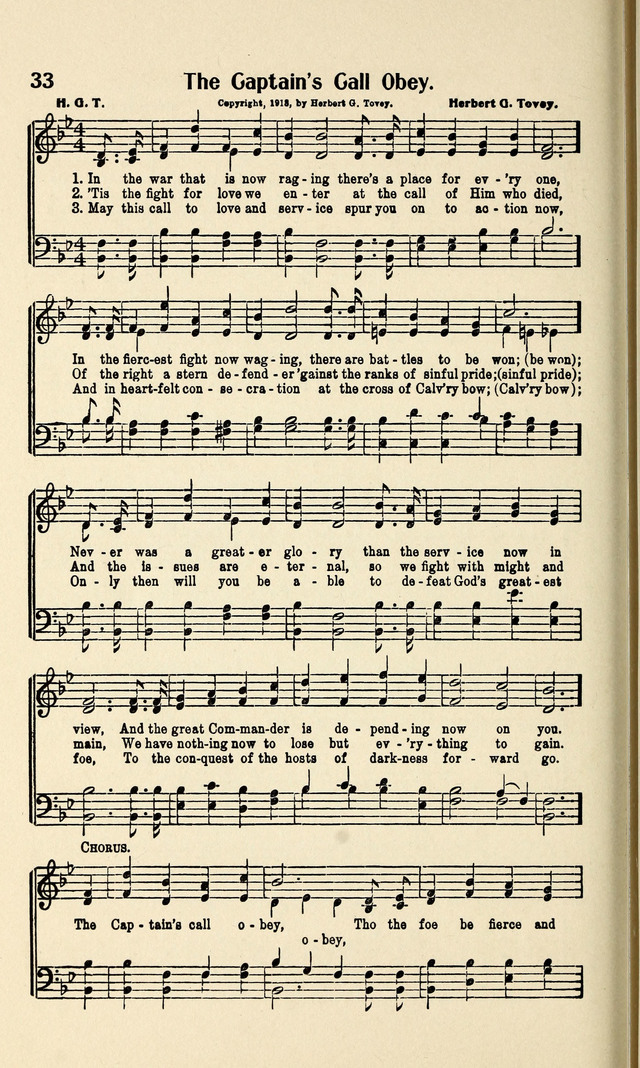