Now blessed be Jehovah God, The God of Israel

Each of the internal "books" or original anthologies within the book of Psalms concludes with its own doxology. Psalm 72, at the end of Book II, features a doxology at verses 18 and 19. That biblical text is paraphrased in this hymn, a paraphrase originally published in the 1650 edition of the Scottish Psalter. However, what was originally a standard four-line common-meter text has been stretched into common meter of six lines to suit the tune.

"Now Blessed Be" is cast in the berakah form common in Jewish worship. God is to be blessed, or praised, because of his wondrous works and mighty deeds (st. 1) and because his saving acts reveal his glory throughout the earth and throughout eternity (st. 2). Amen and Amen! So shall it be! (For further discussion of Psalm 72 see PHH 72.)

Liturgical Use:
As a doxology anytime, but because its basis is Psalm 72 (one of the finest messianic psalms), especially during Advent, Epiphany, and Ascension; missionary festivals.

All tunes published with 'Now Blessed Be Jehovah God'^ top 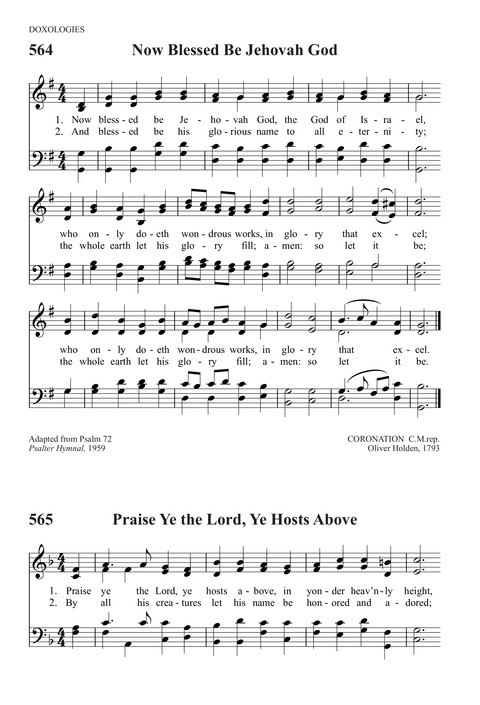