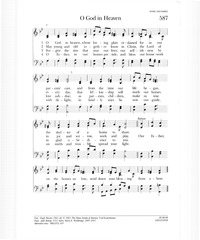 1 O God in heaven, whose loving plan
ordained for us our parents' care,
and from the time our life began,
the shelter of a home to share.


Refrain:
Our Father, on the homes we love,
send down your blessing from above.


2 May young and old together know
in Christ, the Lord of every day,
that fellowship will mark our homes
in joy and sorrow, work and play. Refrain


3 Forgive the sins that mar our lives;
our selfishness by love subdue;
as parents, children, make us wise
in glad obedience to you. Refrain


4 O Father, in our homes preside,
and bless our housework with delight;
in kindly ways be now our guide,
on mirth and trouble spread your light. Refrain

Martin, Hugh. (1890--1964). Chair of the Editorial Committee of the Psalms and Hymns Trust of the Baptist Churches of Britain; active in the Christian Student Movement Press which he served from 1929 to 1950. Graduate of Glasgow University. --The Hymn Society, DNAH Archives… Go to person page >
^ top

The British editor of The Baptist Hymn Book Companion, Hugh Martin (b. Glasgow, Scotland, 1890; d. East Grinstead, Sussex, England, 1964), wrote this text. It was chosen as one of thirteen finalists from among some 450 new texts submitted to the Hymn Society of America on the topic of "Home and Family." The text was first published in a Hymn Society pamphlet, Thirteen New Marriage and Family Life Hymns (1961). This publication was the result of a joint project by the Department of Family Life of the National Council of Churches (U.S.), the Canadian Council of Churches, and the Hymn Society of America. Their mandate was to find new hymns that "recognize the fundamental nature of marriage and family life; express the Christian ideals which should guide such relationships; and stress the responsibility of the church for developing and maintaining such ideals."

"O God in Heaven" is united by the refrain's prayer for divine blessing on family life. The four stanzas confirm God's care in our lives when he gave us Christian parents and homes and fellowship in times of “Joy and sorrow, work and play” (st. 1-2). The text presents a prayer for forgiveness and wisdom as young and old relate together (st. 3) and a prayer for joy in doing daily tasks–"housework," which every member should share with "delight" (st. 4). The humble gratitude for the ordinary aspects of family living and the sensitivity to the good and bad times exhibited in this text are attitudes that seem increasingly scarce in our hurried and often broken family lives.

Educated at Glasgow University, Martin studied for the Baptist ministry. From 1914 to 1950 he was active in the Student Christian Movement and served as the editor of its press. He later served as the moderator of the Free Church Federal Council and chairman of the executive committee of the British Council of Churches. One of his many publications, They Wrote Our Hymns (1961), is a notable book about the work of the great hymn writers.

Liturgical Use:
As a homemaker's prayer in family life services of various kinds (also fitting for doing the laundry and other chores during weekdays).

All tunes published with 'O God in Heaven'^ top 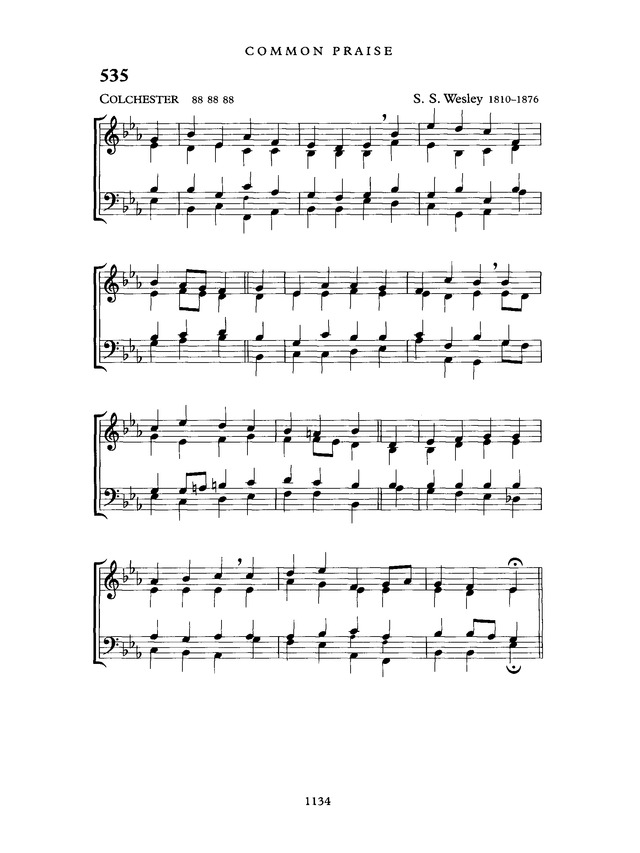