O King of kings, before whose throne

John Bishop (b. England, 1665; d. Winchester, England, 1737) was lay vicar at King's College, Cambridge, England, in 1687. From 1695 to 1737 he served as organist at Winchester College and in 1697 was appointed lay clerk. He was also an organist at Winchester Cathedral. In 1710 or 1711, Bishop published A Set of New Psalm Tunes in Four Parts (c. 1710), a work that was reprinted several times. LEICESTER was a setting for Psalm 112 in that collection (where it was named BEDFORD); the tune is named after the British city in Leicester County. LEICESTER is a minor tune consisting of three long lines, not six choppy phrases. The melodic units of line 1 also appear as parts of lines 2 and 3.

The harmonization, well suited to part singing, is by Harry Ellis Wooldridge (b. Winchester, 1845; d. London, England, 1917). Wooldridge was accomplished in both the visual arts and in music; he studied painting at the Royal Academy and music in London and Oxford. In 1895 he became Slade Professor of Fine Arts at Oxford University. His publications include An English Metrical Psalter (1890), two volumes of the Oxford History of Music (1901, 1905), three volumes of church music by Henry Purcell, and the Yattendon Hymnal (1899), which he co-edited with Robert Bridges (PHH 386).

Text: O King of Kings, Before Whose Throne

Text: Thou Hast Searched Me And Known Me

Text: LORD, You Have Searched My Life and Know
^ top 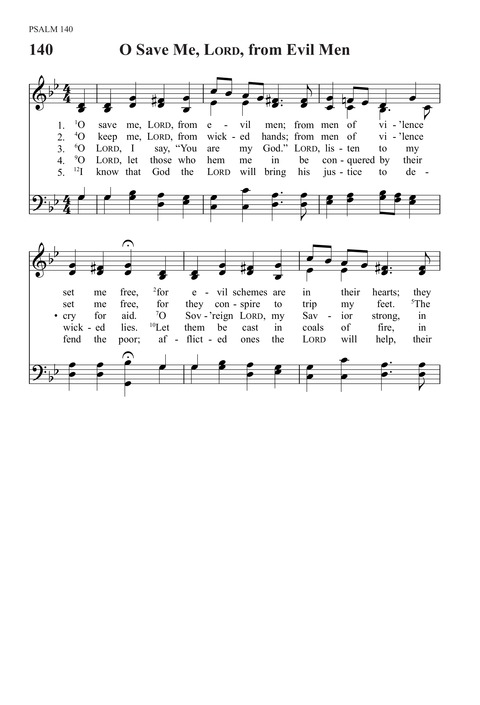