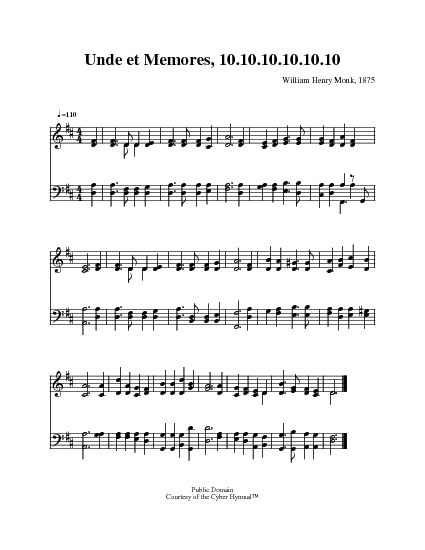 1 O Holy Father, who in tender love
Didst give Thine only Son for us to die,
The while He pleads at Thy right hand above,
We in One Spirit now with faith draw nigh,
And, as we eat this Bread and drink this Wine,
Plead His once offered Sacrifice Divine.


2 We are not worthy to be called Thy sons,
Nor gather up the fragments of Thy feast;
Yet look on us, Thy sorrowing contrite ones,
On us in Him our Advocate and Priest,
Whose robe is fringed with mercy's golden bells,
Whose breastplate fathomless compassion tells.


3 O hear us, For Thou always hearest Him;
Behold us sprinkled with His precious blood;
And from between the shadowing cherubim
Shine forth, and grant us in this heavenly food
Foretastes of coming glory, and meanwhile
A Father's blessing and a Father's smile.


4 Nor only, Father, in Thy presence here
Low at Thy footstool for ourselves we pray,
But for the loved ones to our hearts most near
At home or toiling in far lands away;
O guard them, guide them, comfort and befriend,
And keep them Thine unfaltering to the end.


5 And, Father, ere we leave Thy mercy-throne,
Bound by these sacred pledges, yet most free,
We give our hearts, and not our hearts alone,
But all we are and all we have to thee;
Glad free-will offerings all our pilgrim days,
Hereafter an eternity of praise. 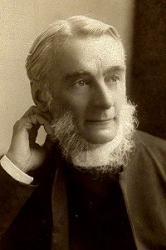 O Holy Father, Who in tender love. Bp. E. H. Bickersteth. [Holy Communion.] Printed for use in the diocese of Exeter, and dated, "January 27th, 1889." (Exeter, J. Townsend.) It is printed as a leaflet, and is accompanied by the following note by the author:—"The structure of this hymn was suggested by Canon Blight's verses, so well known in their abbreviated form, beginning, ‘And now, O Father, mindful of the love,' and the hymn was written with the echo of the most beautiful tune, ‘Unde et memores,' by W. H. Monk, to which these verses are set in Hymns Ancient and Modern, vibrating in my heart." It was included in the 1890 ed. of the Hymnal Companion with the above note in a rewritten form, and the addition that fearing some misapprehension might arise he sent a copy to Canon Bright, from whom he received an assurance that he should regard it as a "parallel hymn" to his own. 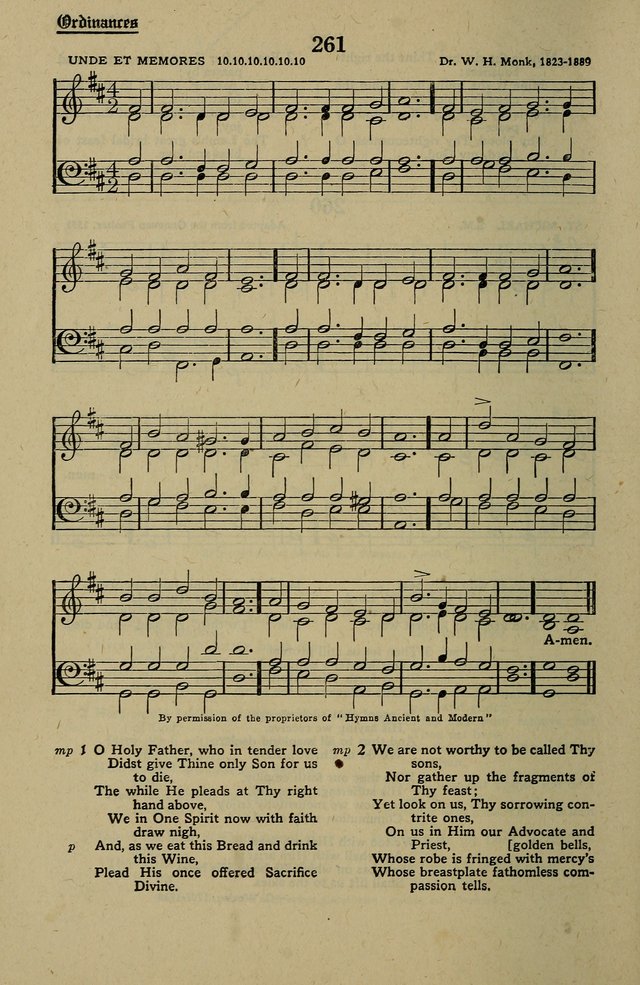