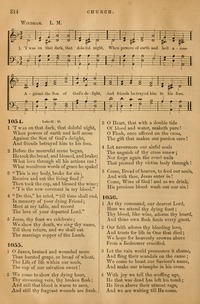 1 O JESUS, bruised and wounded more
Than bursted grape, or bread of wheat,
The Life of life within our souls,
The Cup of our salvation sweet!


2 We come to show Thy dying hour,
Thy streaming vein, Thy broken flesh;
And still the blood is warm to save.
And still the fragrant wounds are fresh.


3 O Heart! that with a double tide
Of blood and water maketh pure,
O Flesh! once offered on the cross,
The gift that makes our pardon sure;


4 Let never more our sinful souls
The anguish of Thy cross renew;
Nor forge again the cruel nails
That pierced Thy victim body through.


5 Come, Bread of heaven, to feed our souls.
And with Thee, Jesus enter in!
Come, Wine of God! and as we drink,
His precious blood wash out our sin!

O Jesus bruised and Grounded more. Cecil F. Alexander. [Holy Communion.] Appeared in her work, The Legend of the Golden Prayers and other Poems, 1859, p. 143, in 5 stanzas of 4 lines, and entitled "Communion Hymn.” In the Lyra Anglicana, 1865, it was given as Pt. ii. of the hymn "He cometh, on yon hallowed board," Pt. i. being an addition of 6 stanzas to the original hymn. Each of these "Parts" is in common use as a separate hymn, the second part being the more popular of the two. 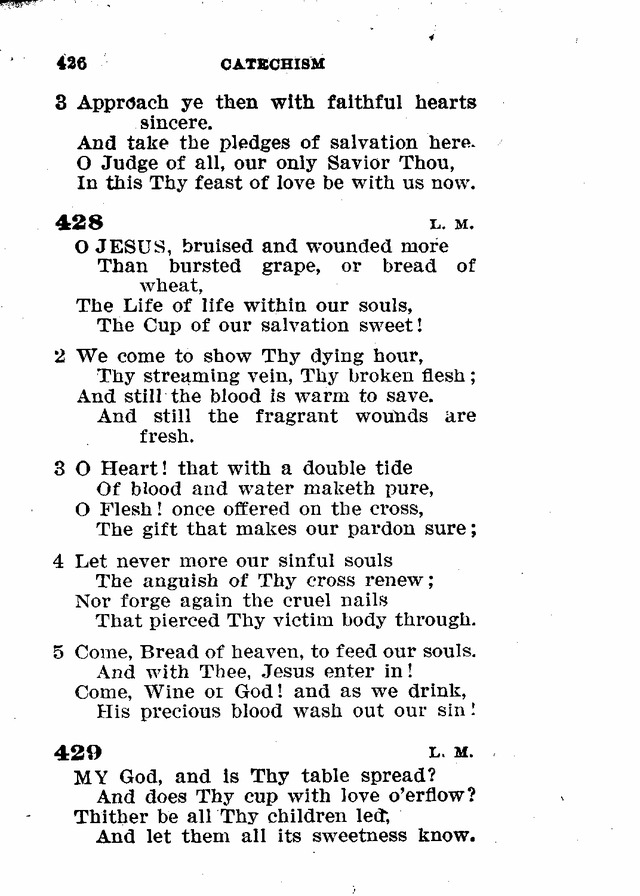 A Selection of Spiritual Songs #887

Gospel Light, or Hymns and Tunes for all Occasions of Christian Work and Worship #d290

Hymns and Songs of Praise for Public and Social Worship #887

Psalms and Hymns and Spiritual Songs #1046

Songs for the Sanctuary, or Hymns and Tunes for Christian Worship #ad794

Songs for the Sanctuary, or Hymns and Tunes for Christian Worship #b1055

Songs for the Sanctuary; or, Psalms and Hymns for Christian Worship (Words only) #1055

The Chapel hymn book, with tunes #377