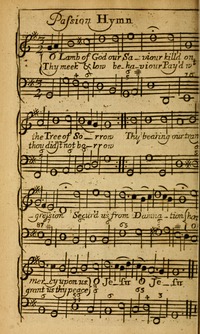 O Lamb of God, our Savior

1 O Lamb of God our Saviour!
Kill'd on the Tree of Sorrow!
Thy suff'ring meek Behaviour
Paid what thou didst not borrow.
Thy bearing our Transgression
Secur'd us from Damnation.
Have Mercy upon us, O Jesu! O Jesu!


2 O Lamb of God our Saviour,
Kill'd on the Tree of Sorrow!
Thy suff'ring meek Behaviour
Paid what thou didst not borrow.
Thy bearing our Transgression
Secur'd us from Damnation.
Acknowledge thou us, O Jesu! O Jesu!


3 O Lamb of God, our Saviour,
Kill'd on the Tree of Sorrow!
Thy suff'ring meek Behaviour
Paid what thou didst not borrow.
Thy bearing our Transgression
Secur'd us from Damnation.
O grant us thy Peace, O Jesu! O Jesu!


Source: The Christians Duty, exhibited, in a series of Hymns: collected from various authors, designed for the worship of God, and for the edification of Christians (1st Ed.) #CCXXI

Decius, Nicolaus (Nicolaus a Curia or von Hofe, otherwise Hovesch, seems to have been a native of Hof, in Upper Franconia, Bavaria, and to have been originally called Tech. He became a monk, and was in 1519 Probst of the cloister at Steterburg, near Wolfenbüttel. Becoming favourable to the opinions of Luther, he left Steterburg in July, 1522, and went to Brunswick, where he was appointed a master in the St. Katherine and Egidien School. In 1523 he was invited by the burgesses of Stettin to labour there as an Evangelical preacher along with Paulus von Rhode. He became preacher at the Church of St. Nicholas; was probably instituted by the Town Council in 1526, when von Rhode was instituted to St. Jacob's; and at the visitation in 1535 was re… Go to person page >

Translations in common use:—
0 Lamb of God, that takest away, &c. By G. Moultrie. This metrical arrangement of the Agnus Dei was first published in the Church Times, July 23, 1864, and his Hymns and Lyrics, 1867, p. 118, in 3 stanzas of 5 lines, and in 1872 was transferred to the Hymnary, with slight alterations in the last stanza. 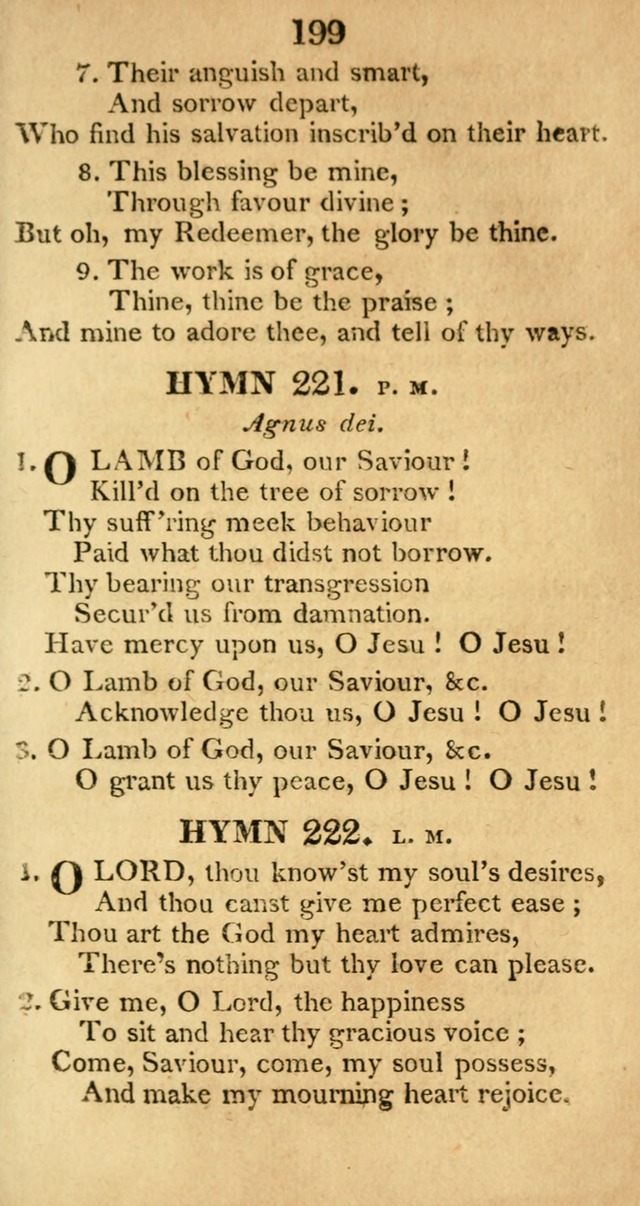 View Page
Christian's Duty, exhibited in a series of hymns: collected from various authors, designed for the worship of God, and for the edification of Christians, recommended to the serious..(4th ed. improved) (1825), p.205
^ top

A Choice Selection of Evangelical Hymns, from various authors #67

Christian's Duty, exhibited in a series of hymns #221

The Christians Duty, exhibited, in a series of Hymns #CCXXI