O render thanks and bless the Lord, Invoke his ever sacred name (Hopkinson) 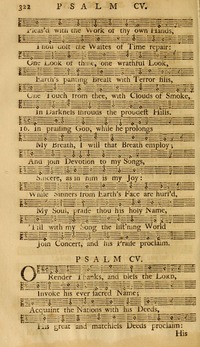 O render thanks and bless the Lord, Invoke his ever sacred name (Hopkinson)

1 O render Thanks and bless the LORD,
Invoke his ever sacred Name;
Acquaint the Nations with his Deeds,
His great and matchless Deeds proclaim:
His wond'rous Works in Hymns rehearse,
Make them the Subject of your Verse.


2 Rejoice in his Almighty Name,
Which only ought to be ador'd;
And let their Hearts o'erflow with Joy,
Who seek with humble Fear the LORD:
Seek ye the LORD, his Strength implore,
Seek ye his Face for evermore.


3 The Wonders that his Hands have wrought,
Keep ever thankfully in Mind;
With all the Statutes of his Mouth,
And Laws he hath to us assign'd:
His Works are glorious to the View,
His Judgments all are just and true.


4 Know ye, his Servant Abra'm's Seed,
And likewise Jacob's chosen Race;
He's still our GOD, and through the Earth,
His righteous Judgments will take Place:
His Word, for Thousand Ages past,
Hath stood, and shall for ever last.


5 His Cov'nant first to Abra'am sign'd,
By Oath to Isaac made secure;
To Jacob and his Heirs, confirm'd,
A Law for ever to endure:
A Testament to Israel made,
Is on a firm Foundation laid.


6 That Canaan's Land should be their Lot,
When yet but few of them there were:
But few in Number, and those few
Forlorn and helpless Strangers there:
From Realm to Realm secure they mov'd,
Whilst Kings were for their Sakes reprov'd.


7 "These mine Anointed are (said he)
"Let none my chosen Servants wrong;
"Nor treat the poorest Prophet ill,
"That doth to me, his GOD, belong."
AT last he made their Corn to fail,
And through the Land a Dearth prevail.


8 But Joseph he had sent before,
Who for a Slave was sold and bound;
His Feet, secur'd within the Stocks,
Did galling Irons pierce and wound:
'Till GOD's appointed Time and Word,
Had try'd him, and did Help afford.


9 The King then sent, and set him free,
And Lord of all his Houshold made;
His Wealth he gave to him in Charge,
Before him all his Counsels laid.
That he might teach his Statesmen Skill,
And tell the Princes of his Will.


10 To Egypt then, invited Guests,
With Speed, half famish'd Israel came;
And Jacob, though a Stranger, held
By royal Grant the Land of Ham:
There GOD his People multiply'd,
'Till they with their Oppressors vy'd


11 Their vast Increase th'Egyptian's Hearts,
With Jealousy and Anger fir'd;
'Till they his Servants to destroy,
With secret Treachery conspir'd:
Their Hearts against his People turn'd,
Their Breasts with inward Envy burn'd.


12 His Servant Moses then he sent,
He sent his chosen Aaron too;
Empow'r'd with Signs and Miracles,
To prove their sacred Mission true:
These shew'd the Wonders of his Hand,
And spread their Tokens through the Land.


13 He call'd for Darkness, and it came,
Yet would they not his Voice obey;
He turn'd their Waters into Blood,
And did their Fish in Numbers slay:
A noisome Pest of Frogs was bred,
And sent to croak at Pharaoh's Bed.


14 He gave the Sign, and Swarms of Flies,
Came from above in cloudy Hosts;
While Earth's enlivin'd Dust below,
Bred hateful Lice through all their Coasts:
Hailstones he did for Rain command,
And Flames of Fire, to plague the Land.


33 He smote their Fig Trees and their Vines,
Their lofty Forst Trees destroy'd;
Locusts and Caterpillars join'd;
In dreadful Swarms, the Land annoy'd:
Their Numbers cover'd all the Ground,
And eat the Fruit and Herbage round.


16 He, in one Night their First-born smote,
The Chief of all their Pride he slew;
But from their Land, enrich'd with Spoils,
In Health and Strength his Servants drew:
Egypt was glad when they remov'd,
Who had to them so fatal prov'd.


17 GOD spread a Cloud to cover them,
A Fire at Night was their sure Guide;
He gave them Quails at their Desire,
And them with heav'nly Bread supply'd:
He smote the Rock, and from the Wound,
The gushing Waters flow'd around.


18 For he his Promise kept in Mind,
And brought his People forth with Joy;
Gave them the Fruit of others Toil,
And did their Heathen Foes destroy:
That they his Statutes may obey,
And to his Laws due Rev'rence pay.

Source: The Psalms of David: with the Ten Commandments, Creed, Lord's Prayer, &c. in metre...for the use of the Reformed Protestant Dutch church of the city of New York #CV 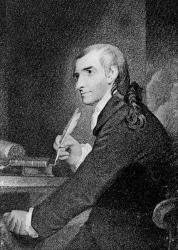 GENEVAN 105 was first published in the 1562 edition of the Genevan Psalter as a setting for Theodore de Beze’s versification of Psalm 105. Howard Slenk (PHH 3) composed the harmonization in 1985. Another sturdy tune from Calvin's psalter, GENEVAN 105 is in Ionian mode (major) and consists of six l…

All tunes published with 'O render thanks and bless the Lord, Invoke his ever sacred name (Hopkinson)'^ top 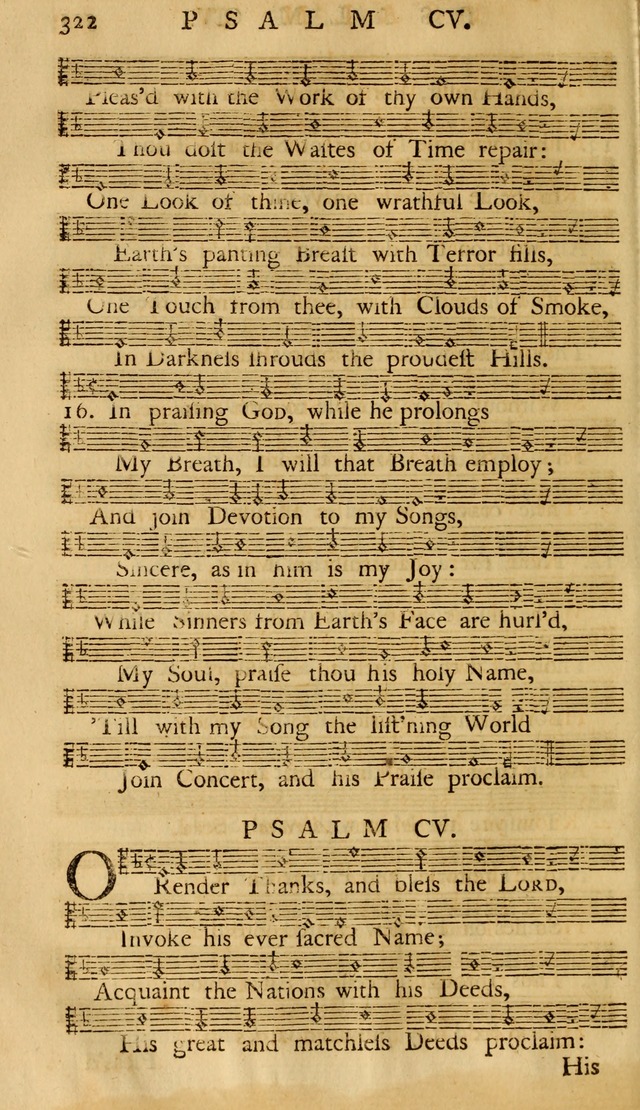 View Page
The Psalms of David: with the Ten Commandments, Creed, Lord's Prayer, &c. in metre...for the use of the Reformed Protestant Dutch church of the city of New York (1767), p.320
^ top

The Psalms of David #CV