Out of the Depths I Cry to Thee 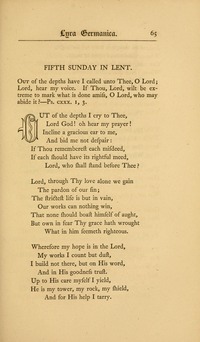 Out of the depths I cry to Thee, Lord God! oh hear my prayer! (Winkworth)

1 Out of the depths I cry to Thee;
Lord, hear me, I implore Thee!
Bend down Thy gracious ear to me,
My prayer let come before Thee!
If Thou remember each misdeed,
If each should have its rightful meed,
Who may abide Thy presence?


2 Our pardon is Thy gift; Thy love
And grace alone avail us.
Our works could ne'er our guilt remove,
The strictest life would fail us.
That none may boast himself of aught,
But own in fear Thy grace hath wrought
What in him seemeth righteous.


3 And thus, my hope is in the Lord,
And not in mine own merit;
I rest upon His faithful word
To them of contrite spirit.
That He is merciful and just,--
This is my comfort and my trust,
His help I wait with patience.


4 And though it tarry till the night
And round till morning waken,
My heart shall ne'er mistrust Thy might,
Nor count itself forsaken.
Do thus, O ye of Israel's seed,
Ye of the Spirit born indeed,
Wait for your God's appearing.


5 Though great our sins and sore our woes,
His grace much more aboundeth;
His helping love no limit knows,
Our utmost need it soundeth;
Our kind and faithful Shepherd He,
Who shall at last set Israel free
From all their sin and sorrow.

Source: The Hymnal and Order of Service #406 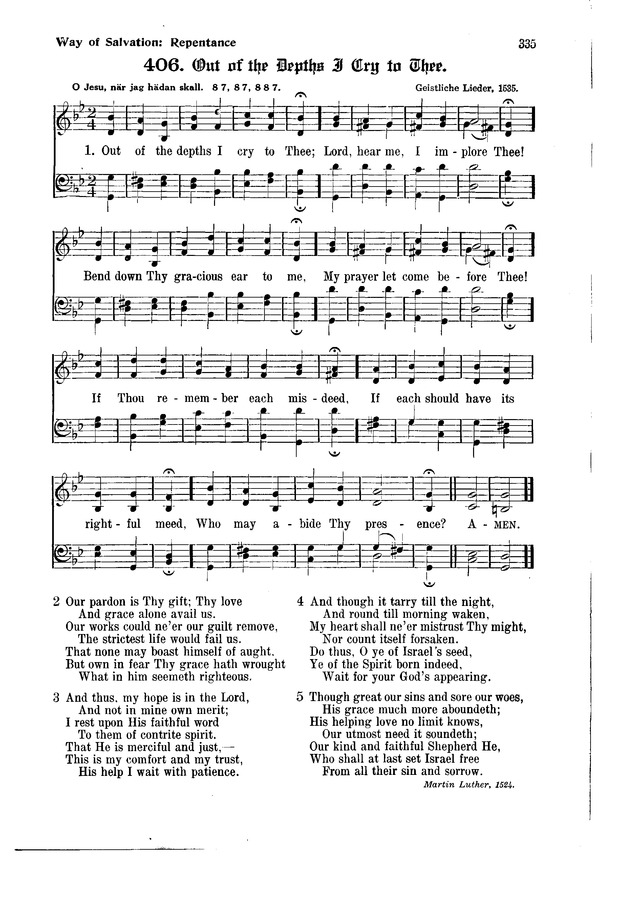