Praise the Lord, Rise Up Rejoicing 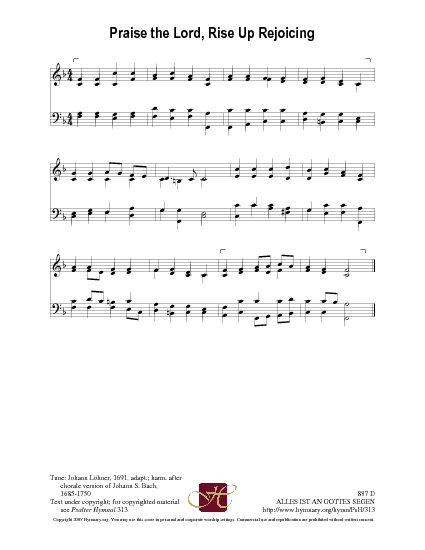 Praise the Lord, rise up rejoicing

This post-communion text was first published in the British supplementary hymnal 100 Hymns for Today (1969). As a hymn of thanksgiving, fitting for the Eucharistic (thanksgiving) character of the Lord's Supper, the text rejoices in the victory of Christ on the cross (st. 1), the ingathering of Christ's people, his body (st. 2), and the Christian's task in the world (st. 3).

Howard C. A. Gaunt (b. Birmingham, England, 1902; d. Winchester, England, 1983) wrote this hymn during his tenure as precentor at Winchester Cathedral in southern England. “Tom” Gaunt was ordained in the Church of England and spent much of his Career in education. He was headmaster of Malvern College (1937-1953) and head of the English department at Winchester College (1953-1963). He was also chaplain, then Precentor at Winchester Cathedral until retirement in 1973. A number of his hymn texts were first published in 100 Hymns for Today.

Liturgical Use:
After the Lord's Supper, to thank God for the salvation and unity that the sacrament represents in our lives; also appropriate for dismissal after the sacrament.

ALLES 1ST AN GOTTES SEGEN is a splendid tune that matches Gaunt's text well, giving it a lot of lift. Sing it in unison on stanzas 1 and 3 and in harmony on stanza 2. Use a cheerful trumpet stop, and keep the articulation crisp on repeating tones. Johann Löhner (b. Nuremberg, Germany, 1645; d. Nure…

All tunes published with 'Praise the Lord, Rise Up Rejoicing'^ top 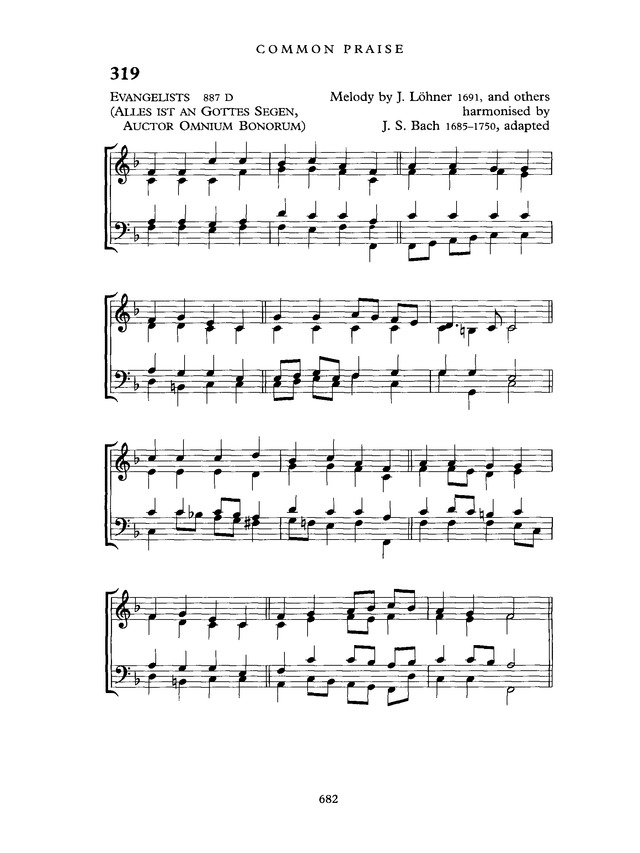