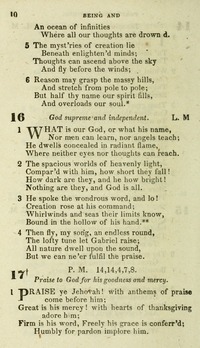 1 Praise ye Jehovah! with anthems of praise come before Him;
Great is His mercy! with hearts of thanksgiving adore Him;
Firm is His word; freely His grace is conferred;
Humbly for pardon implore Him.


2 Praise Him, all nations! 'Tis He that has crowned you with blessing:
Oh come before Him, your sins and transgressions confessing:
Worship the Lord; bow to the claims of His word;
Songs to His glory addressing.


3 Angels, rejoicing, unite in the shout of salvation;
Daily and nightly they sing to the God of creation:
"Worthy to reign, Keeper and Saviour of men,
O'er every kingdom and nation."


4 Praise ye Jehovah! the sovereign of earth and of heaven,
Unto His holy name, honor and glory be given;
Wake every string! tune all your voices and sing;
Heaven and earth reply, amen!

Source: The Book of Worship #40 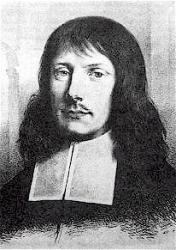 Neander, Joachim, was born at Bremen, in 1650, as the eldest child of the marriage of Johann Joachim Neander and Catharina Knipping, which took place on Sept. 18, 1649, the father being then master of the Third Form in the Paedagogium at Bremen. The family name was originally Neumann (Newman) or Niemann, but the grandfather of the poet had assumed the Greek form of the name, i.e. Neander. After passing through the Paedagogium he entered himself as a student at the Gymnasium illustre (Academic Gymnasium) of Bremen in Oct. 1666. German student life in the 17th century was anything but refined, and Neander seems to have been as riotous and as fond of questionable pleasures as most of his fellows. In July 1670, Theodore Under-Eyck came to Breme… Go to person page >
^ top

Lobe den Herren den mächtigen Konig der Ehren. J. Neander. [Thanksgiving.] A magnificent hymn of praise to God, perhaps the finest production of its author, and of the first rank in its class. It is founded on Psalms ciii., 1-6, and Psalms cl. First published in his Glaub- und Liebesübung: auffgemuntert durch einfältige Bundes Lieder und Danck-Psalmen, Bremen, 1680, p. 47, in 5 stanzas of 5 lines, Repeated in Freylinghausen's Gesang-Buch 1704, and in most subsequent collections, as recently in the Unverfälscher Liedersegen, 1851, No. 687.

It was the favourite hymn of Friedrich Wilhelm III. of Prussia, and Lauxmann, in Koch, viii. 340, relates how he was affected by hearing it sung while in a boat in the mines at Waldenburg in 1800. With this hymn the Prussian War Minister, Albrecht von Roon, celebrated his Jubilee of service, near Paris, January 9, 1871. The splendid chorale, given in the Chorale Book for England, appeared in the Stralsund Gesang-Buch, 1665 (set to the hymn "Hast du denn Liebster dein Angesicht gäntzlich verborgen," see Dr. J. Zahn's Psalter und Harfe, 1886, No. 335), was adapted by Neander, and repeated in Freylinghausen's Gesang-Buch, 1704, and most later books.

Translations in common use:—
1. To God Almighty be praises and thanks from all living. A free translation of stanzas i., ii., v., as No. 58 in the Dalston Hospital Hymn Book, 1848.
2. Praise ye Jehovah! with anthems of praise come before Him. In 4 stanzas (marked as tr. from Neander, but really taking very little either from his language or his ideas), as No. 17 in the American Lutheran General Synod's Hymn Book, 1850-52.
[Rev. James Mearns, M.A.] 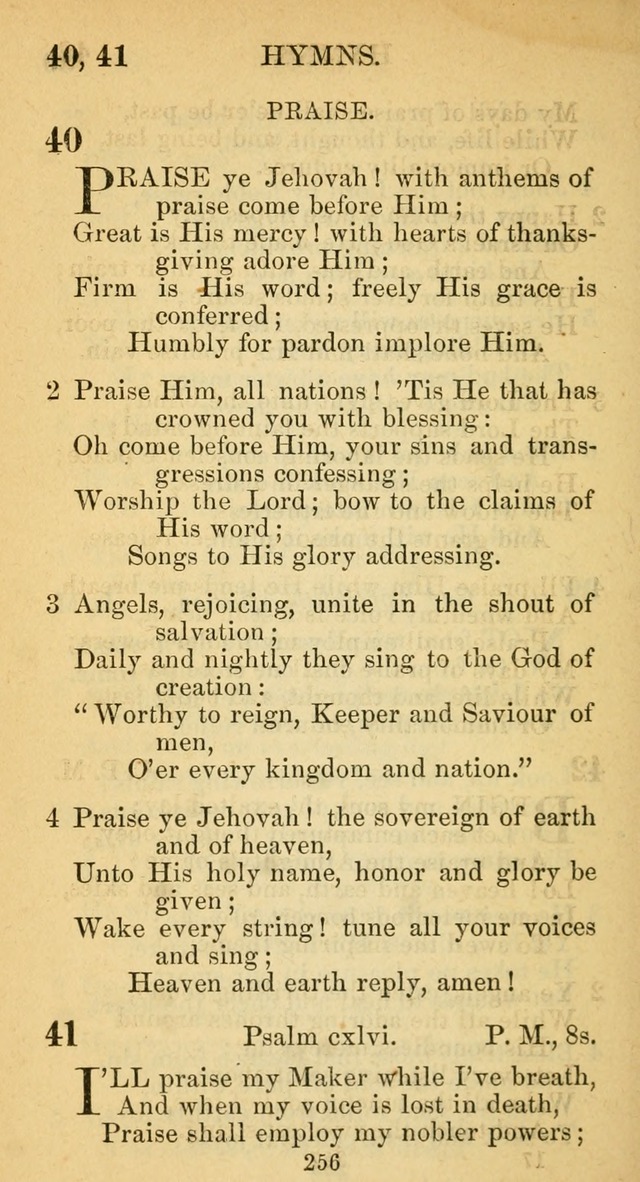