Praises to him who built the hills 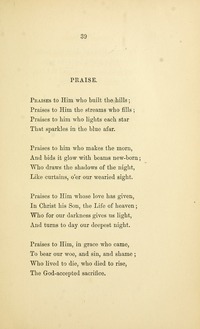 Praises to him who built the hills

Praises to Him Who built the hills. H.Bonar. [Praise of the Trinity. ] Published in his Hymns of Faith and Hope, 1861, in 7 stanzas of 4 lines, and entitled “Praise." It had previously appeared in the American Sabbath Hymn Book, 1858,*No. 409. It is also in the American Baptist Service of Song, Boston, 1871, in 5 stanzas, beginning with st. iii., "Praises to Him Whose love has given." In the Hymnary, 1872, it is again altered as "All praise to Him Who built the hills," and is appointed for Septuagesima. 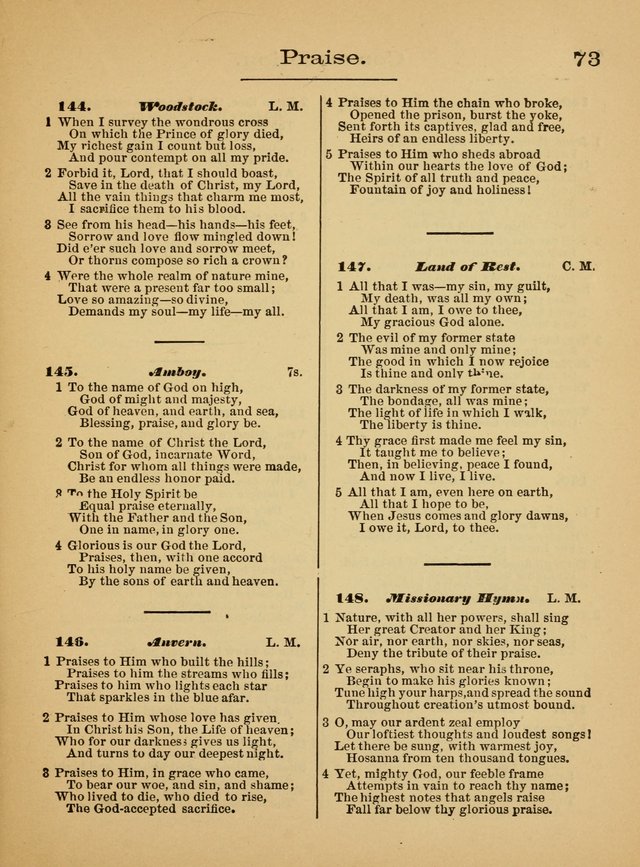 A Manual of Devotion and Hymns for the House of Refuge, City of New York #365