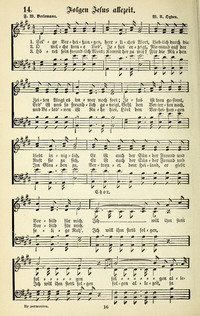 Author: W. A. Ogden; Translator: F. W. Berlemann
Tune: [Sweet are the promises, kind is the word]
Published in 4 hymnals 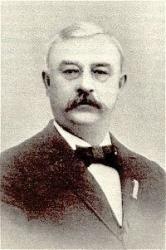 William Augustine Ogden USA 1841-1897. Born at Franklin County, OH, his family moved to IN when he was age six. He studied music in local singing schools at age 8, and by age 10 could read church music fairly well. Later, he could write out a melody by hearing it sung or played. He enlisted in the American Civil War in the 30th IN Volunteer Infantry. During the war he organized a male choir which became well known throughout the Army of the Cumberland. After the war, he returned home, resumed music study, and taught school. He married Jennie V Headington, and they had two children: Lowell and Marian. He worked for the Iowa Normal School, Toledo Public School System. Among his teachers: Lowell Mason, Thomas Hastings, E E Baily and… Go to person page >

Rev. F. W. Berlemann was a pastor of the German Reformed Church of St. Lucas in 1899. NN, Hymnary. From the October 15, 1899 issue of The Times from Philadelphia, Pennsylvania Go to person page >
^ top

[Sweet are the promises, kind is the word] 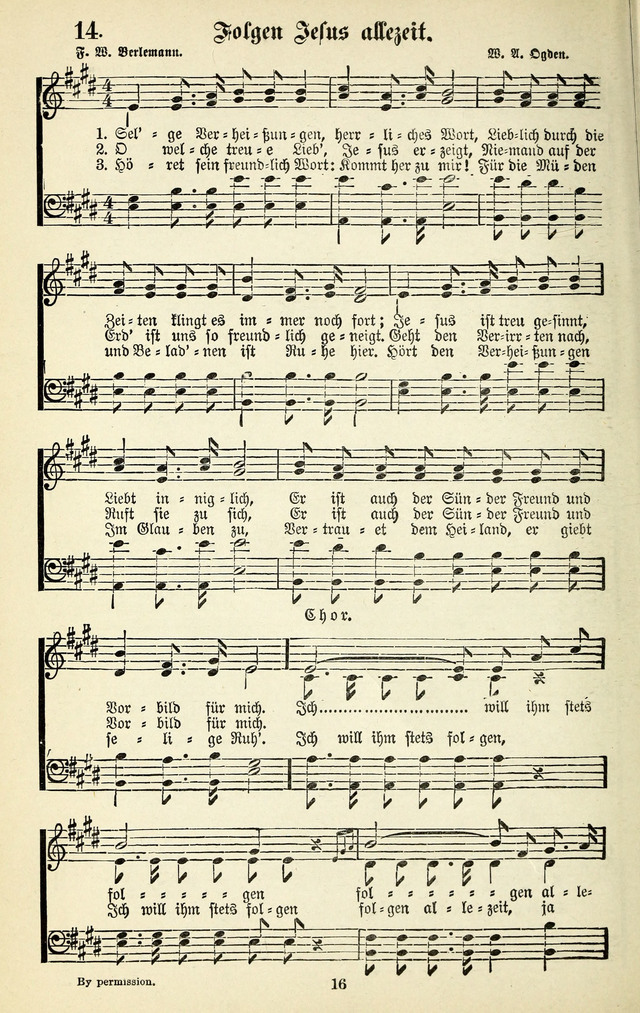