Unseen God, Your Hand Has Guided

Unseen God, your hand has guided

William H. Monk (b. Brompton, London, England, 1823; d. London, 1889) composed MERTON and published it in The Parish Choir (1850). The tune has been associated with this text since the 1861 edition of Hymns Ancient and Modern. The tune's title is thought to refer to Walter de Merton, founder of Mert…

All tunes published with 'Unseen God, Your Hand Has Guided'^ top 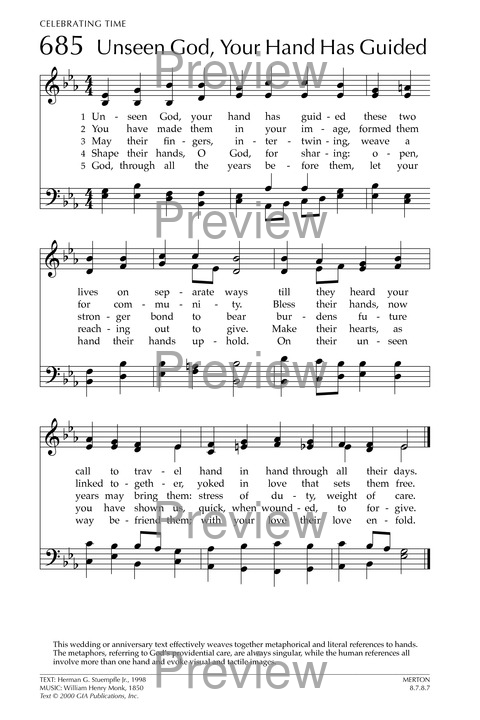