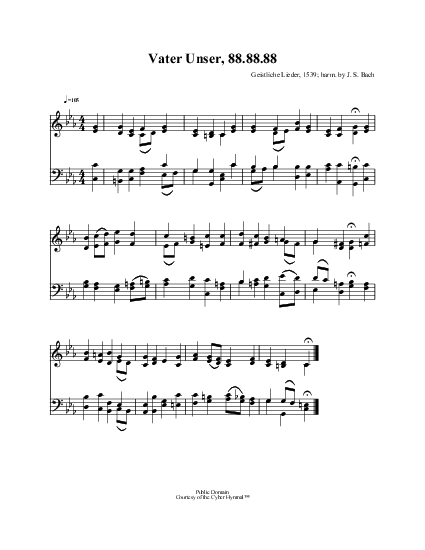 Martin Luther's versification of the Lord's Prayer was set to this tune in Valentin Schumann's hymnal, Geistliche Lieder (1539); the tune, whose composer remains unknown, had some earlier use. The tune name derives from Luther's German incipit: “Vater unser im Himmelreich….” Because VATER UNSE… 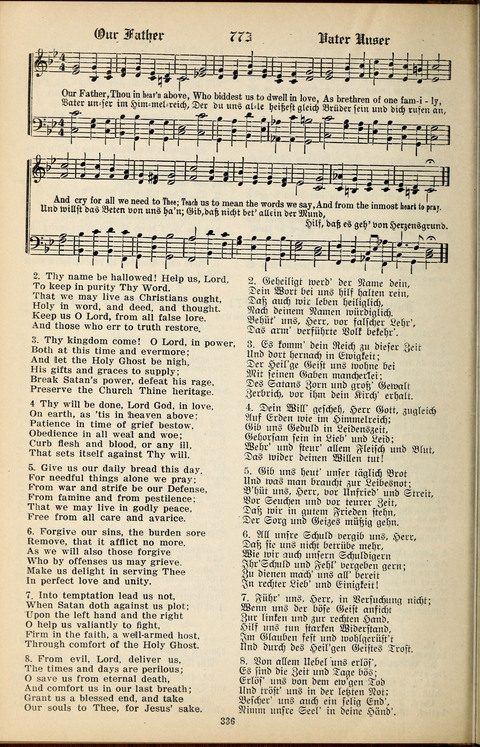