When gathering clouds around I view 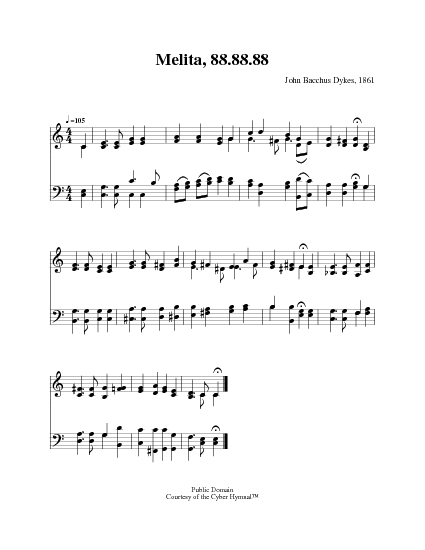 When gathering clouds around I view

1. When gath'ring clouds around I view,
And days are dark, and friends are few,
On Him I lean who not in vain
Experienced ev'ry human pain;
He sees my wants, allays my fears,
And counts and treasures up my tears.


2. If aught should tempt my soul to stray
From heav'nly wisdom's narrow way;
To fly the good I would pursue,
Or do the sin I would not do;
Still He who felt temtation's pow'r,
Shall guard me in that dang'rous hour.


3. When sorr'wing o'er some stone I bend
Which covers what was once a friend,
And from his voice, his hand, his smile,
Divides me for a little while;
Thou, Savior, mark'st the tears I shed,
For Thou didst weep o'er Lazarus dead.


4. And, oh, when I have safely past
Thro' ev'ry conflict but the last,
Still, still unchanging, watch beside
My painful bed, for Thou hast died;
Then point to realms of cloudless day,
And wipe the latest tear away.

When gathering clouds around I view. Sir R. Grant. [In Trial and Temptation.] Appeared first in the Christian Observer, Feb. 1806, in 6 stanzas of 6 lines, and signed "E.Y.D.R"; and again in the same magazine in Feb. 1812, accompanied with a letter explaining that it had been sent in an altered form, and signed as before. In 1835, Elliott included it in his Psalms and Hymns, No. 342, with a note in the Preface to the effect that it bad been revised by the Author for that Collection. It was also given in the Author's Sacred Poems (published by his brother) in 1839, p. 3, the text being that of 1812. Three texts of this hymn thus exist, and all by the author: (1) the first in the Christian Observer, 1806; (2) the second in the same, 1812, and in the Sacred Poems, 1839; (3) and the third in Elliott's Psalms and Hymns, 1835. Of these the second text is that usually received as authorized, and is given as such in Lyra Britannica, 1867, and in Lord Selborne's Book of Praise, 1862. The hymn is based on Heb. iv. 15, "For we have not a High Priest," &c, and is often given in an abbreviated form. In R. Bingham's Hymnologia Christiana Latina, 1871, 4 stanzas are rendered into Latin as: "Quum circumcirca glomerantia nubila cornam."

All tunes published with 'When gathering clouds around I view'^ top 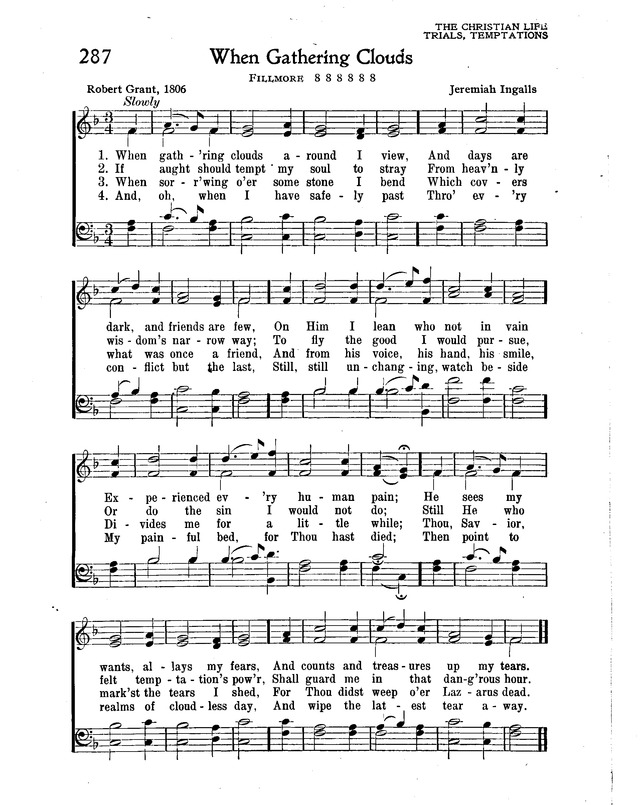