Wilt Thou Forgive That Sin, Where I Begun 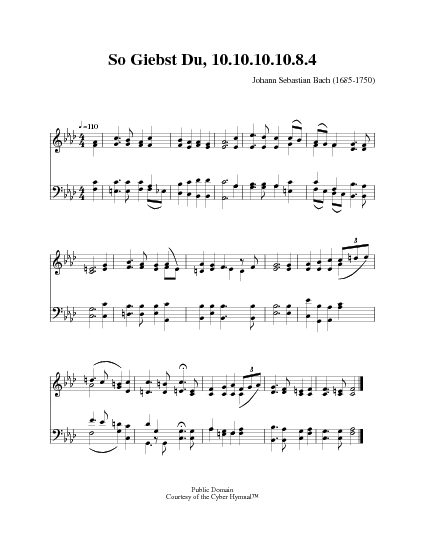 Wilt Thou forgive that sin, where I begun


3 I have a sin of fear that when I've spun
My last thread, I shall perish on the shore;
Swear by Thyself, that at my death Thy Son
Shall shine as He shines now, and heretofore.
And having done that, Thou hast done,
I fear no more. 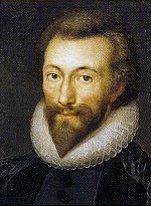 Donne, John, D.D., born in London, 1573, and educated as a Roman Catholic, but at the age of nineteen he embraced Anglicanism. He acted for some time as Secretary to Lord Chancellor Ellesmere. At the desire of King James he took Holy Orders, and rising to great fame as a preacher, had the offer of fourteen livings during the first year of his ministry. He was chosen, in 1617, preacher at Lincoln's Inn. In 1621 he became Dean of St. Paul's, and soon afterwards Vicar of St. Dunstan's in the West. Died in 1631, and was buried in St. Paul's. His work as a Poet and Divine is set forth by I. Walton in his Lives, He was the author of the plaintive hymn, "Wilt Thou forgive," &c. (q. v.). Donne's Poems (1633) have been recently edited in an admirabl… Go to person page >
^ top

Wilt Thou forgive that sin when I began. John Donne. [Lent.] Concerning this hymn, to which special reference is made in the article on Early English Hymnody, Izaak Walton says, in his Life of Donne, after quoting the hymn in detail:—

"I have the rather mentioned this hymn for that he caused it to be set to a most grave and solemn tune, and to be often sung to the organ by the Choristers of St. Paul's [Cathedral] Church in his own hearing, especially at the evening service, and at his return from his customary devotions in that place, did occasionally say to a friend, 'the words of this hymn have restored to me the same thoughts of joy that possessed my soul in my sickness, when I composed it. And, O the power of Church-music! that harmony added to this hymn has raised the affections of my heart, and quickened my grace of zeal and gratitude; and 1 observe that I always return from paying this public duty of prayer and praise with an unexpressible tranquillity of mind, and a willingness to leave the world.'"—Walton's Lives, 1670.

The special sickness during which this hymn was composed fell upon the author during the earlier part of his life. It was sung at St. Paul's Cathedral, at intervals from 1621 to 1631, when Donne died. It was published subsequently in Donne's Poems in 1633; again in 1635, and in later editions, and is usually entitled, "A Hymn to God the Father." Original text in Walton's Lives, 1670 (1850, pp. 53-4).

All tunes published with 'Wilt Thou Forgive That Sin, Where I Begun'^ top 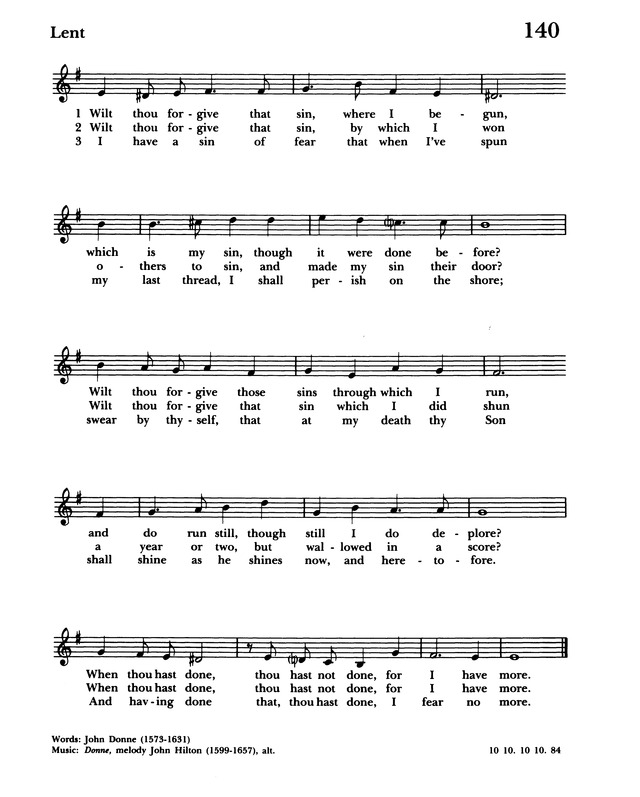