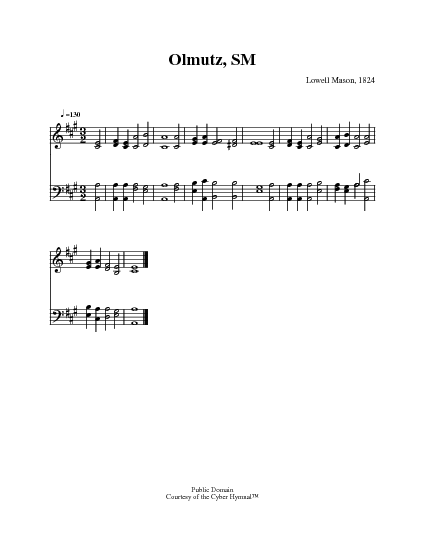 1 Your harps, ye trembling saints,
Down from the willows take;
Loud to the praise of love Divine
Bid every string awake.


2 Though in a foreign land,
We are not far from home;
And nearer to our house above
We every moment come.


3 His grace will to the end
Stronger and brighter shine;
Nor present things, nor things to come,
Shall quench the spark Divine.


4 When we in darkness walk,
Nor feel the heavenly flame,
Then is the time to trust our God,
And rest upon His Name.


5 Soon shall our doubts and fears
Subside at His control:
His loving-kindness shall break through
The midnight of the soul.


6 Blest is the man, O God,
That stays himself on Thee:
Who wait for Thy salvation, Lord,
Shall Thy salvation see.

Your harps, ye trembling saints. A. M. Toplady. [Encouragement to Believers.] Printed in the Gospel Magazine, Feb. 1772, in 8 stanzas of 8 lines, and headed "Weak Believers Encouraged." It was included in his Hymns on Sacred Subjects, &c, London, W. H. Collingridge, 1856; and in D. Sedgwick's edition of his Hymns and Sacred Poems, 1860. Several abbreviated forms of the text, all beginning with the original first line, are in common use in Great Britain and America. There is also in American use a cento beginning "If through unruffled seas," in 4 stanzas of 4 lines, of which stanzas ii.-iv. are from this hymn, and stanza i. is by another hand. It is given in the Songs for the Sanctuary, 1865, the Laudes Domini, 1884, and others.

All tunes published with 'Your harps, ye trembling saints'^ top 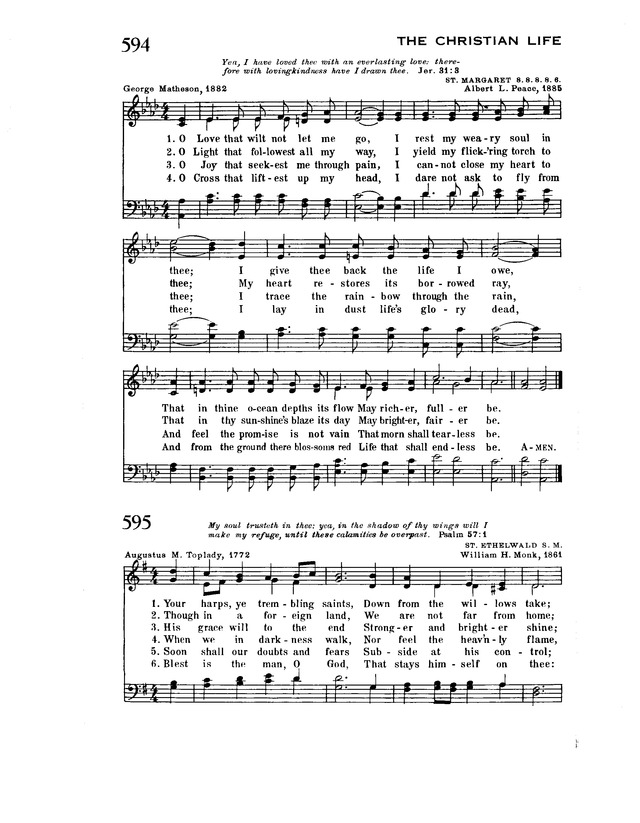