Draw Nigh and Take the Body of the Lord

ANIMA CHRISTI became popular in the latter half of the nineteenth century in British Roman Catholic churches, where it was used for evening benediction services. It is believed that Jesuit priest William J. Maher (b. Bristol, Gloucestershire, England, 1823; d. Paris, France, 1877) composed the tune around 1863 for a fourteenth-century Latin hymn, "Anima Christi sanctifica me." The obscure British collection Mission Hymns (1864) first published ANIMA CHRISTI for use with an anonymous English translation of this Latin text. Maher both studied and taught at Stonyhurst College. He entered the Jesuit Order in 1841, was ordained in 1856, and became an evangelist in London. The editor of Francis Trappes's Hymns for the Liturgical Year (1865), Maher died in Paris while en route to Lourdes to seek a cure for his cancer.

ANIMA CHRISTI builds slowly to its high point in line 3. Try singing the first line of each stanza in unison and all other lines in harmony. Each succeeding stanza should build in intensity. Accompany the hymn with some sense of marcato so that the music supports the text. Try the organ trumpet stop or, better yet, a trio of real trumpets playing from different balconies or church corners.

Text: Go Forth for God
^ top 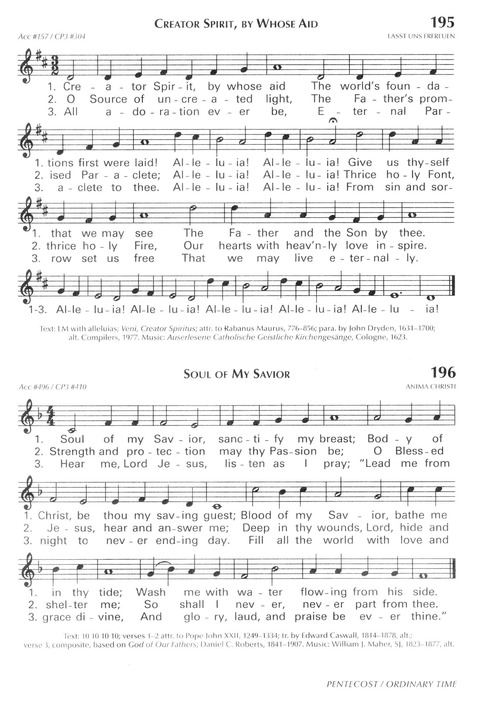