Throned Upon the Awful Tree

Bread of heaven, on Thee we feed

ARFON is originally a six-phrase Welsh folk tune in minor tonality entitled 'Tros y Garreg." Named for a district on the mainland of northern Wales opposite Mon and Anglesey, the tune was published in Edward Jones's Relicks of the Welsh Bards (1784). In the later nineteenth century ARFON was associated in France with the Christmas texts "Un nouveaux present des cieux" and 'Joseph est bien marie."

Text: Throned upon the Awful Tree

Text: The Clefted Side

Text: Thou Didst Think Of Me

Text: Lord, On Me, Even Me, Confer 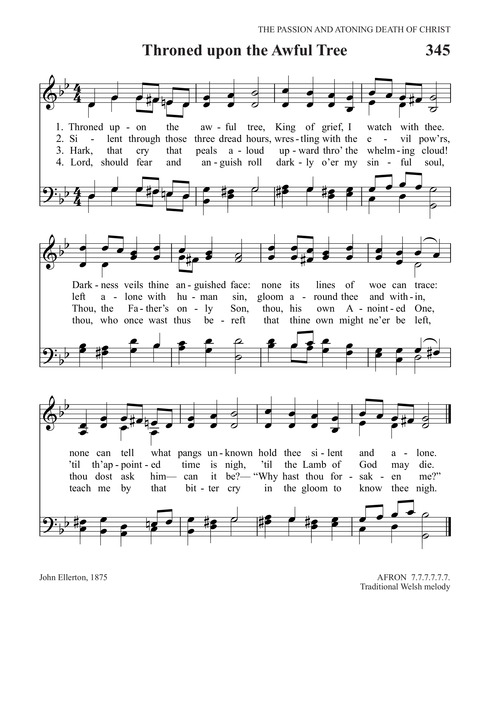 Welsh and English Hymns and Anthems #54