All texts published with BLAENWERN^ top

Composed by William Penfro Rowlands (b. Maenclochog, Pembrokeshire, Wales, 1860; d. Swansea, Glamorganshire, Wales, 1937) during the Welsh revival of 1904-1905, BLAENWERN was published in Henry H. Jones's Cân a Moliant (1915). The tune's name refers to a farm in Pembroke shire where Rowlands convalesced in his youth.

A church musician of many talents, Rowlands was a teacher in several schools. He composed hymn tunes and anthems and was conductor of the famous Morriston United Choral Society of southern Wales and precentor of the Tabernacle Congregational Church in Morriston. BLAENWERN gained its current popularity through Billy Graham crusades when it was sung to "What a Friend We Have in Jesus" (579).

Play this majestic music with two broad beats per measure. Especially when sung with its fine harmonization, BLAENWERN gradually builds to a powerful climax at the end of phrase 3 and the beginning of phrase 4. Assign some stanzas for antiphonal singing in harmony, but have the entire group sing stanza 5 in unison, perhaps with a slightly slower tempo.

Text: For Your Gift of God the Spirit
^ top 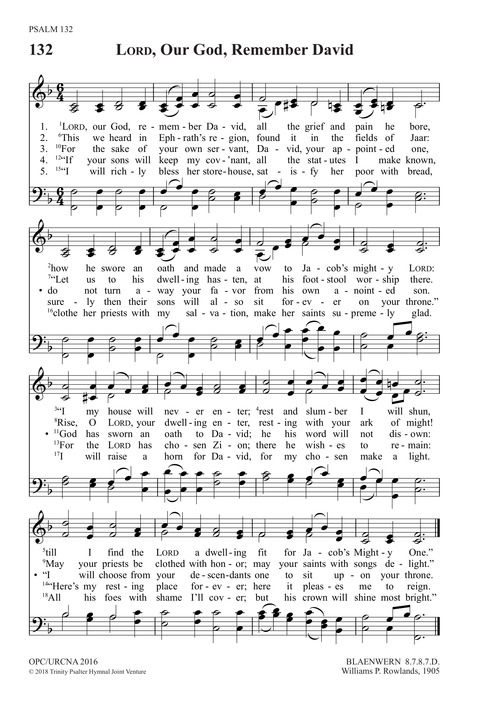 Ancient and Modern #721b

The Believers Hymn Book with Music #2a

The Irish Presbyterian Hymbook #509a

The New English Hymnal #408a

Welsh and English Hymns and Anthems #75a

Welsh and English Hymns and Anthems #75b