No Longer, Lord, Do Thou Despise Me

LORD, Chasten Not in Anger

LORD, chasten not in anger,
nor in your wrath rebuke me.
Give me your healing word.
My soul and body languish;
I wait for you in anguish.
How long, how long, O LORD?

O Food to Pilgrims Given

All texts published with GENEVAN 6^ top

GENEVAN 6 was composed or adapted to be sung to Clement Marot's versification of Psalm 6 in the 1542 edition of the Genevan Psalter. This tune is one of the few in the Genevan Psalter to include a melisma, a syllable set to more than one note. Howard Slenk (PHH 3) harmonized the tune in 1985 for the Psalter Hymnal. The alternate harmonization with the melody in the tenor was composed by Claude Goudimel in 1564 as part of a collection of simple four-part settings of all the Genevan tunes. This setting is especially appropriate for choirs or for men's voices. A slow tempo is appropriate for this penitential psalm. The change in mood and address calls for a change in registration between stanzas 3 and 4.

The music of Claude Goudimel (b. Besan\,:on, France, c. 1505; d. Lyons, France, 1572) was first published in Paris, and by 1551 he was composing harmonizations for some Genevan psalm tunes-initially for use by both Roman Catholics and Protestants. He became a Calvinist in 1557 while living in the Huguenot community in Metz. When the complete Genevan Psalter with its unison melodies was published in 1562, Goudimel began to compose various polyphonic settings of all the Genevan tunes. He actually composed three complete harmonizations of the Genevan Psalter, usually with the tune in the tenor part: simple hymn-style settings (1564), slightly more complicated harmonizations (1565), and quite elaborate, motet-like settings (1565-1566). The various Goudimel settings became popular throughout Calvinist Europe, both for domestic singing and later for use as organ harmonizations in church. Goudimel was one of the victims of the St. Bartholomew's Day massacre of Huguenots, which occurred throughout France. 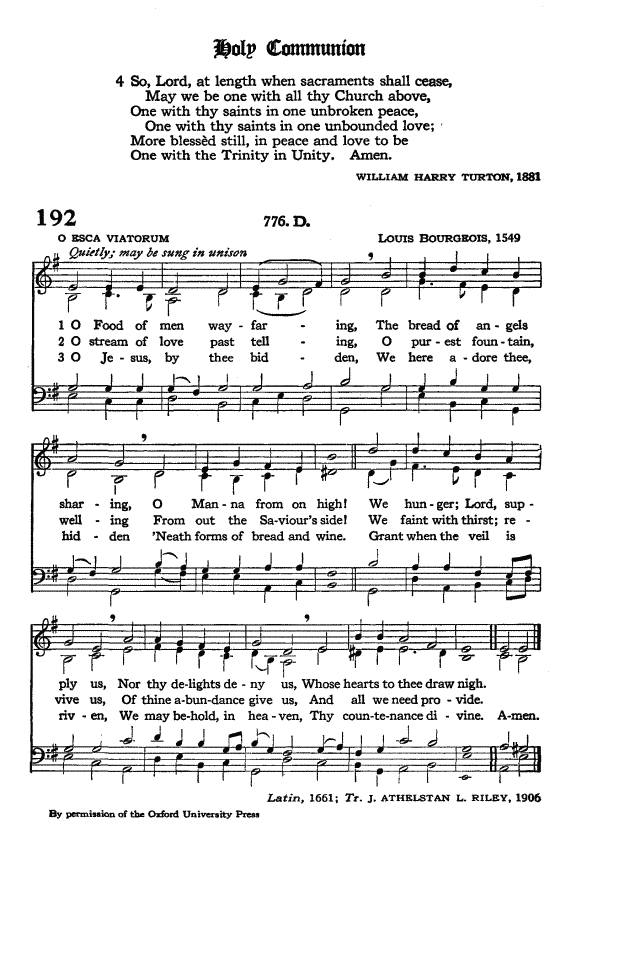 Psalms for All Seasons #6A

Psalms for All Seasons #6C