Praise Is Your Right, O God, in Zion

All texts published with GENEVAN 65^ top

GENEVAN 65 appears twice in the Genevan Psalter. It was originally composed to accompany Psalm 72 in the 1551 edition of that psalter and was later matched with Theodore de Beze's versification of Psalm 65 in the 1554 edition. Composed in Aeolian (minor), this tune consists of four long phrases in bar form (AABC) unified by similar melodic and rhythmic patterns. Dale Grotenhuis (PHH 4) wrote the harmonization in 1985. Because 65 is a joyful psalm, it calls for jubilant singing, brisk accompaniment, and a moderate tempo.

Text: Praise Is Your Right, O God, in Zion
^ top 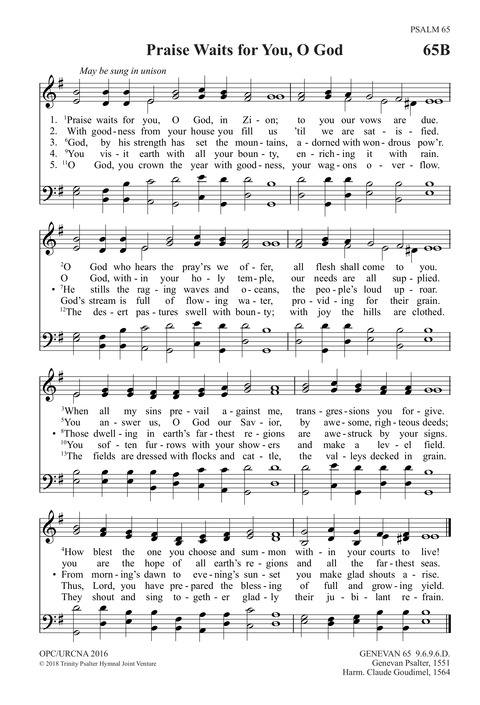 Psalms for All Seasons #65B