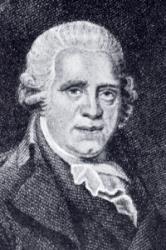 Crucifixion to the World by the Death of Christ

When I survey the wondrous cross
on which the Prince of glory died,
my richest gain I count but loss,
and pour contempt on all my pride.

Edward Miller (b. Norwich, England, 1735; d. Doncaster, Yorkshire, England, 1807) adapted ROCKINGHAM from an earlier tune, TUNEBRIDGE, which had been published in Aaron Williams's A Second Supplement to Psalmody in Miniature (c. 1780). ROCKINGHAM has long associations in Great Britain and North America with Isaac Watts' "When I Survey the Wondrous Cross" (384). The tune title refers to a friend and patron of Edward Miller, the Marquis of Rockingham, who served twice as Great Britain's prime minister.

Miller's father had made his living laying brick roads, and the young Edward became an apprentice in the same trade. Unhappy with that profession, however, he ran away to the town of Lynn and studied music with Charles Burney, the most prominent music historian of his day. A competent flute and organ player, he was organist at the parish church in Doncaster from 1756 to 1807. Miller was active in the musical life of the Doncaster region and composed keyboard sonatas and church music. His most influential publications were The Psalms of David for the Use of Parish Churches (1790), in which he sought to reform metrical psalmody (and which included ROCKINGHAM), and David's Harp(1805), an important Methodist tunebook issued by Miller with his son.

ROCKINGHAM (or ROCKINGHAM OLD) is one of the finest long-meter tunes in the history of church music and is much loved by those who sing in harmony. A slight hold (stretching rather than adding a beat) is appropriate at the end of the second phrase and helps to provide a sense of two long musical lines. Stanzas 4 and 5 need the full resources of organ and other instruments. Keep the music stately and awe-inspiring with respect to the marvelous salvation of which the text sings.

Text: And Will the Great Eternal God

Text: My God, My King, Thy Various Praise

Text: My God, and Is Thy Table Spread?

Text: Not Here, as to the Prophet's Eye

Text: Since with My God with Perfect Heart

Text: To God My Earnest Voice I Raise

Text: 'Twas on That Night When Doomed to Know

Text: What Shall I Render to the LORD

Text: When I Survey the Wondrous Cross
^ top 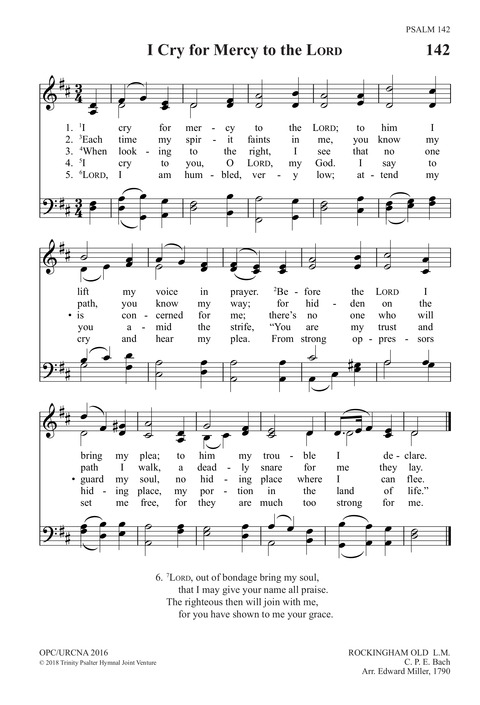 Ancient and Modern #157a

Lift Every Voice and Sing II #47

Psalms for All Seasons #37A

Psalms for All Seasons #116B

The United Methodist Hymnal #654b

Include 168 pre-1979 instances
All instances^ top
Suggestions or corrections? Contact us