To leave the security of worship and enter the world for service requires firm confidence in the faithful promises of God to be with us, to care for us and bless us. Our deepest assurance comes from the comfort we have that “I am not my own, but belong—body and soul, in life and in death—to my faithful Savior Jesus Christ” (Heidelberg Catechism, Lord’s Day 1, Question and Answer 1). Because I belong to him, “he will provide whatever I need for body and soul, and will turn to my good whatever adversity he sends upon me in this sad world. God is able to do this because he is almighty God and desires to do this because he is a faithful Father” (Heidelberg Catechism, Lord’s Day 9, Question and Answer 26). We have the assurance that “our Lord speaks to us now through the inspired Scriptures. Christ is with us day by day” (Our Song of Hope, Stanza 1). How rich it is to carry such assurance of his blessing with us as we leave the service of worship!

My Father, I abandon myself to you.
Do with me as you will.
Whatever you may do with me, I thank you.
I am prepared for anything; I accept everything,
provided your will is fulfilled in me and in all creatures;
I ask for nothing more, my God.
I place my soul in your hands.
I give it to you, my God, with all the love of my heart,
because I love you. Amen.
[Charles de Foucauld (1858-1916), PD]
— Worship Sourcebook Edition Two
A Petitionary Prayer
Wonderful God, ever faithful, shine on us as we leave this place.
Dwell in us. Bless us and keep us for Jesus’ sale. Amen.
— Cornelius Plantinga, Jr.
939

I believe your congregation will learn to treasure this benediction. One way to introduce it would be with flute and piano; have it sung twice, first by a soloist, then by all. The accompanist should play very softly until the song “blossoms” at the words “May God’s countenance shine upon you…” Also consider repeating that section, perhaps even a bit slower the last time.
(from Reformed Worship, Issue 103)
— Emily Brink
939

This benediction has a moving story behind its composition. Swee Hong Lim and Maria Ling were thankful to God for the birth of their first baby after many years of waiting. One day after his birth, the baby stopped breathing, but the prompt action of the nurses revived the baby. In gratitude, Ling wrote this lullaby, and Lim composed the song, whose accompaniment seems to convey a rocking crib. This hymn can be sung as a benediction at the close of a service or as a prayer for sending people off. The composer recounts the background of this work:
The tune was created initially as a lullaby. However, as a result of God’s providence in the life of our son, Soon-Ti, Maria created the English text based loosely around the Hebrew scripture (Old Testament) of Numbers 6:24-26. Dong Li, the Chinese translator of the text, was a theological student who attended Trinity Theological College, Singapore. His translation was made possible through Mary Gan, who was then his hymnology lecturer. She is currently the principal of the Methodist School of Music, Singapore. Musically speaking, with the melody having a lullaby nature, the keyboard accompaniment was deliberately kept simple and tender to strengthen the imagery of resting in God. The tune SOON TI was named after our child; it literally means “pure knowledge [of God]” in Teochew (a southern Chinese dialect). The melody is pentatonic (G, A, B, D, E [D = 5 6 1 2 3]) in design, unlike the accompaniment. (Written by Swee Hong Lim)
— I-to Loh

Born in Singapore, 11 June 1963, Swee Hong Lim obtained his Bachelor of Church Music degree in composition from the Asian Institute for Liturgy and Music, the Philippines (magna cum laude, 1989). He received a Master of Sacred Music degree in 1995 from the Perkins School of Theology, Southern Methodist University, Dallas, Texas. For several years in Singapore, he served as the director of Worship and Music Ministries at Wesley Methodist Church and Paya Lebar Methodist Church. In 2006, he earned his PhD in Liturgical Studies from Drew University, New Jersey (with a thesis titled “Giving Voice to Asian Christians: An Appraisal of the Pioneering Work of I-to Loh in the Area of Congregational Song”). He also served as a local pastor of the Greater New Jersey Annual Conference of the United Methodist Church. He is currently director of the Master of Sacred Music Program at Emmanuel College in the University of Toronto, Canada. His numerous compositions and articles have appeared in various publications, including Chalice Hymnal, New Century Hymnal Companion, The Faith We Sing (a United Methodist hymnal supplement), and the Global Praise series. He is married to Maria Ling, and they have three children.
— I-to Loh

Born in Singapore, 26 April 1961, Maria Ling obtained her Bachelore of Theology degree from Trinity Theological College, Singapore (1986) and graduated from Perkins School of Theology, Southern Methodist University, Dallas, Texas (Master of Theological Studies, 1995). For ten years, she served at Wesley Methodist Church, Singapore, working on a variety of concerns, including youth and family life. During that time, she also initiated various ministry groups at Wesley, including one for foreign workers in Singapore and a fellowship group for overseas gradates re-entering the Singapoream culture; these groups continue to flourish. Subsequently, Ling served as a Christian ministry worker within the Singapore Methodist school system. In 2001, she was made a pastor of the Greater New Jersey Annual Conference of the United Methodist church and appointed to Quakertown United Methodist Church. She is married to Swee Hong Lim, and they have three children.
— I-to Loh 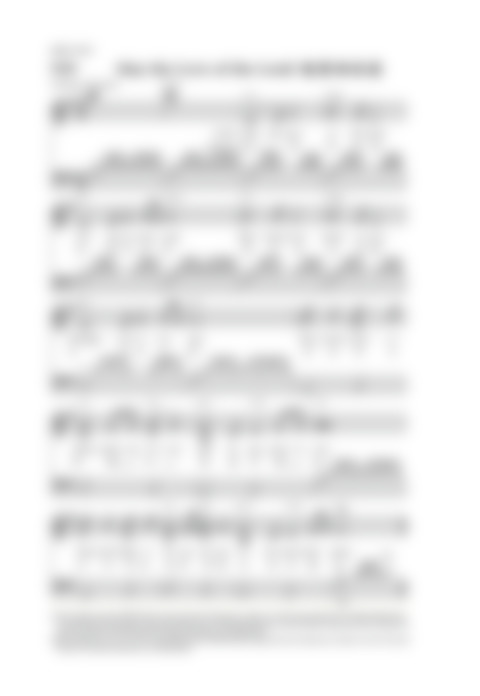