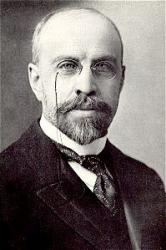 Gray accepted Christ at age 22. He was educated at Bates College, Lewiston, Maine (Doctor of Divinity), and the University of Des Moines, Iowa (Doctor of Laws). In 1879 he became Rector of the First Reformed Episcopal Church in Boston, Massachusetts, where he served 14 years. He then became dean (1904-25) and president (1925-34) of the Moody Bible Institute, Chicago, Illinois, and directed publication of four editions (1921-28) of the Voice of Thanksgiving, official hymnal of the Institute.

A conservative theologian, Gray was one of seven editors of the popular Scofield Reference Bible. He was a fine scholar and excellent Bible teacher, but his interests went beyond mere academics. He promoted the Sunday School, and took an interest in civic affairs and patriotic causes. He backed efforts at social betterment, supported Prohibition, and wrote about 20 books