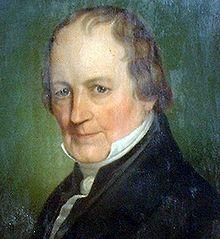 Krummacher, Friedrich Adolf, was a native of Tecklenburg, Westphalia, where his father, Friedrich Jacob Krummacher was Burgomaster and Hoffiscal. He was baptized there, July 22, 1767, and apparently born July 13, 1767. In 1786 he entered the University of Lingen (since 1819 ranked as a Gymnasium), and in 1787 that of Halle. After concluding his theological studies in 1789, he was for some time tutor in the family of Senator Meyer in Bremen; was then appointed, in 1790, Conrector of the Gymnasium at Hamm, and in 1793 Rector of the Gymnasium at Mors (Meurs), near Düsseldorf. In the end of 1800 he became Professor of Theology and Eloquence at the Reformed University of Duisburg. When, after the battle of Jena (Oct. 14, 1806), Duisburg was taken from Prussia, the salaries of the professors ceased, but Krummacher lectured on till his audience consisted of one student. He was then, in the autumn of 1807, appointed pastor of Kettwig, on the Ruhr; in 1812 Chief Court Preacher and General Superintendent at Bernburg; and finally, in 1824, he became chief pastor of the St. Ansgarius Church at Bremen. By reason of growing infirmities he resigned his charge in June, 1843, and died at Bremen, April 4, 1845 (0. Kraus, 1879, p. 310; Blätter für Hymnologie, 1886, p. 80, &c).

Krummacher is best known as a preacher; and as the author of the well-known Parabeln, first published in 1805, which passed through many editions, and ranks as the standard German work of its class. His hymns are little suited for church use, being often allegorical and high-flown, and not for the most part sufficiently simple and direct, though in some cases he does write in a popular, natural style, and with a beauty of his own. His hymns mostly appeared in his Festbüchlein, a work consisting of allegorical narratives, conversations, &c, with interspersed hymns. Of this the 1st part, entitled Der Sonntag, was published 1808 (2nd ed. 1810; 3rd ed. 1813; 4th ed. 1819); pt. ii., entitled Das Christfest, in 1810 (2nd ed. 1814; 3rd ed. 1821); and pt. iii., entitled Das Neujahrsfest, in 1819.

Those of Krummacher's hymns translated into English are:—
i. Allgemach aus Dammerung und Nacht. Advent. In his Festbüchlein, pt. ii., 1810 (1814, p. 154), in 5 stanzas of 4 lines, entitled "The Prophets of Nature"; and given after the conversation on Zacharias, the father of St. John the Baptist. Included as No. 34 in J. P. Lange's Deutsches Kirchenliederbuch, Zurich, 1843. The unity of idea is violated by the concluding lines of st. v.

And thus in his preface, p. vii., Dr. Lange sug¬gests that st. v. should read thus:—